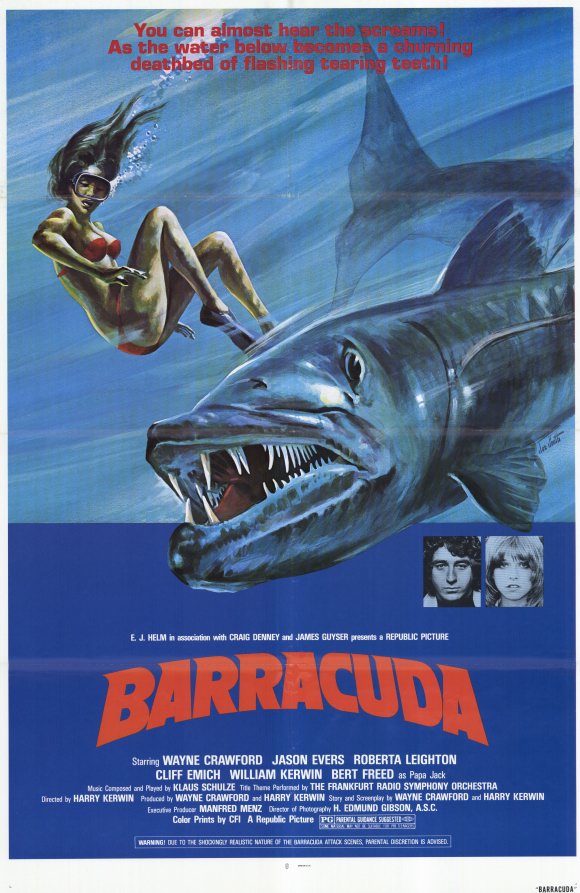 The plot, at least initially, is what you’d expect. Killer barracuda suddenly begin attacking swimmers at a Florida beach, sparking an investigation by a local sheriff and a scientist. Things get interesting when the investigation uncovers a conspiracy.

Barracuda delivers all the gore you would expect from a Jaws knock off, but it also features elements that raise it to above average status. In particular, the scientist protagonist acts like an actual scientist, rather than the typical doom sayer we see in these movies. He initially expresses skepticism that barracuda could be behind all of the attacks and looks for evidence, like a real scientist.

Some reviewers have complained that the conspiracy angle crowds out the barracuda in the second half of the film, which has an element of truth. Still, the plot remains interesting, and the gore in the first half of the film more than suffices.