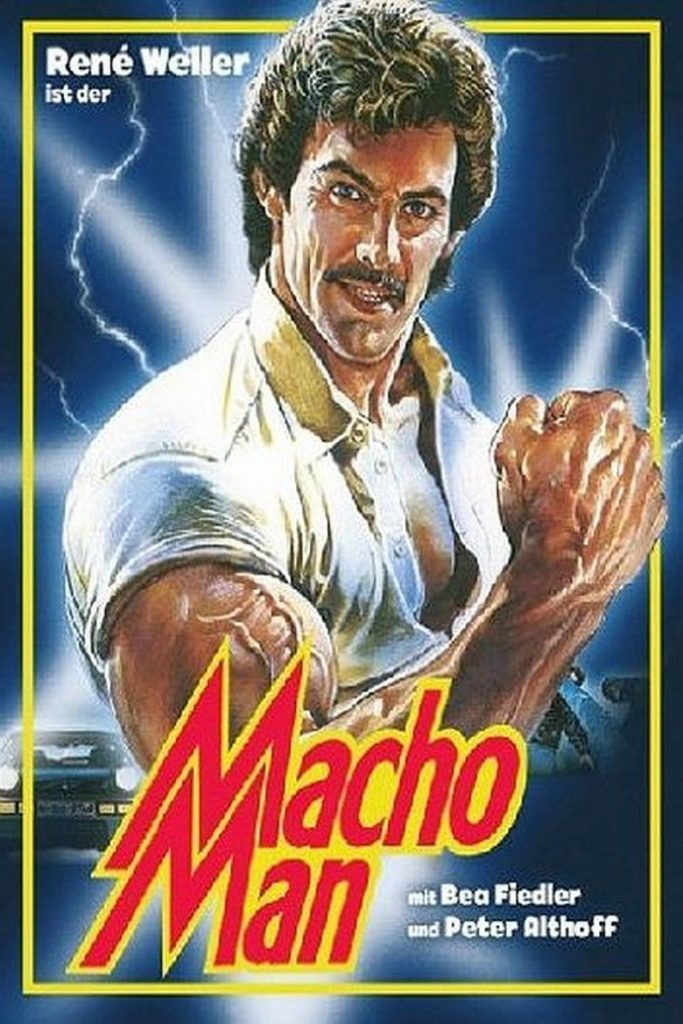 This is “Macho Man”, a West German film from 1985, so it had its 30th anniversary last year. The writer and director is Alexander Titus Benda and this is certainly his most known work, which is no surprise though as he only made one other movie, 2 years before this one here. The lead actor is René Weller and he was a very successful boxer back in the day, so it should not be surprising that he also plays a boxer in here. But there is nothing remotely close to a documentary about this one here. Boxing fights are thrown in randomly and other than that we see guys making out with girls (blondes and brunettes) and some gloating here and there and sometimes Weller’s character beats up some bad guys together with his pal, bad guys who pose a threat to Weller’s character’s girlfriend. This film is a perfect example of how not to write a female character, they are all completely helpless and irrelevant (except their nice bodies) next to these alpha males and need to be protected constantly. The acting is really weak all around, not only by Weller and it is not surprising that most of the “actors” in here are entirely unknown and some never acted in other projects before or after their turn here. The only perspective to enjoy this movie is probably as a guilty pleasure. There is no creative achievement at all in here, but it’s somewhat hilarious to watch these guys with their Vokuhilas (mullets) go full ham in the most embarrassing over-the-top way one could imagine. I read a while ago that there may be a sequel soon and I am just as worried as I am curious about this prospect. As for this one here, not recommended.