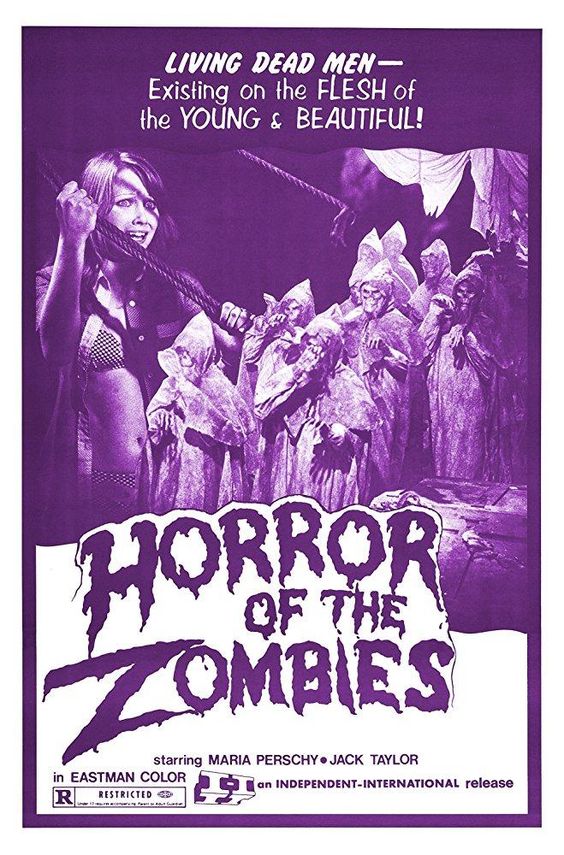 Although one wouldn’t know by the title,this is the third entry in the Spanish Amanda De Ossorio directed Blind Dead series,and as usual doesn’t really have anything to do with the others except the Blind Dead themselves,those scary skeletal Templar knight zombies. This film is often considered the worst of the series,and it’s certainly the tamest in terms of gore,but it’s actually a very underrated film.

Skillfully exploiting it’s main setting-a ghostly ship,Ossorio really manages to turn somewhat unpromising material into something quite effective. Yes,the plot hardly exists-some people are stranded on a ship inhabited by the Blind Dead,and that’s really it,but the build up is ominous,the interior of the ship is made into quite a frightening place even without the Dead,and the Dead themselves,even shorn of their horses,are extremely creepy. Ossorio doesn’t really get round the problem of the Dead being extremely slow moving yet able to catch their victims,but the climax of the film features the most effective shots of the Dead in the series,rising out of the water,looking truly spooky.

Hardly a classic,and there’s no getting away from the unconvincing models of the ship,but this film really works very well within it’s limitations.