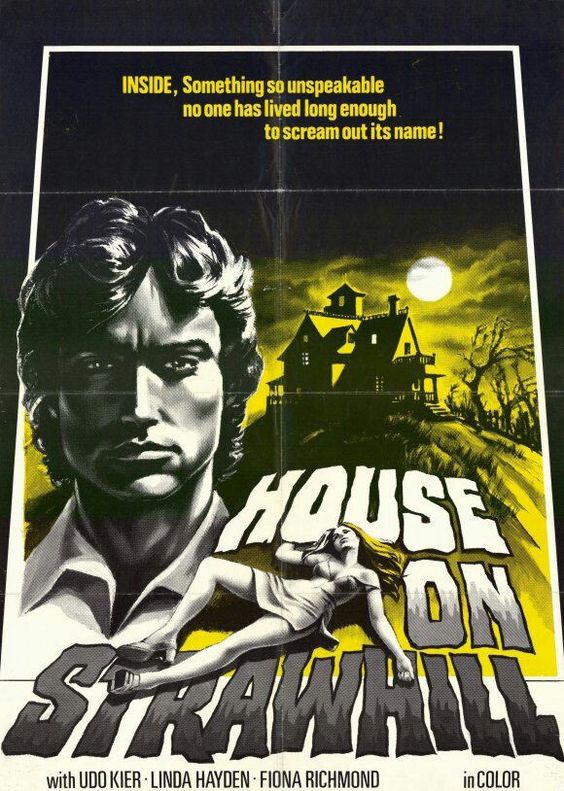 Sleazy and sordid little British melodrama does have a following, and it’s easy to see why. It’s an erotically charged film with enough atmosphere, mood…not to mention lots of nudity and sex…to make it pleasing to watch if the potential viewer likes their sleaze. It does feel padded, even at a mere 84 minutes, but it’s still quite amusing and has some very memorable sequences.

Star Udo Kier certainly gives it his all. Even when dubbed by another actor, as he is here, he’s fun and interesting as always. He plays Paul Martin, a hotshot yet unstable author who lives in seclusion and who’s having trouble getting through his latest work. So what he does is hire a typist, Linda (delectable Linda Hayden of “Blood on Satan’s Claw” fame), to assist him. But the seductive young woman only makes things worse, even coming on to Pauls’ posh lady friend Suzanne (softcore icon Fiona Richmond) as part of the deal.

Any fan of this film would be advised to purchase the Blu-ray & DVD combo pack from the Severin company as it shows the film in its entirety, including scenes of Hayden pleasuring herself, both in bed and in a field. Hayden and Richmond show off the goods to great effect, and Hayden delivers a pretty good performance in the bargain. In one scene, Pauls’ discovery of Lindas’ private possessions is intercut with scenes of her being raped by two local creeps, one of them played by the legendary stuntman Vic Armstrong. Things are further spiced up with some bloody mayhem. It’s not hard to see why this would have been labelled a “Video Nasty”.

There’s not a whole lot of story here, in the screenplay written by director James Kenelm Clarke, but it does have a decent revelation in the end as to Lindas’ motivation.