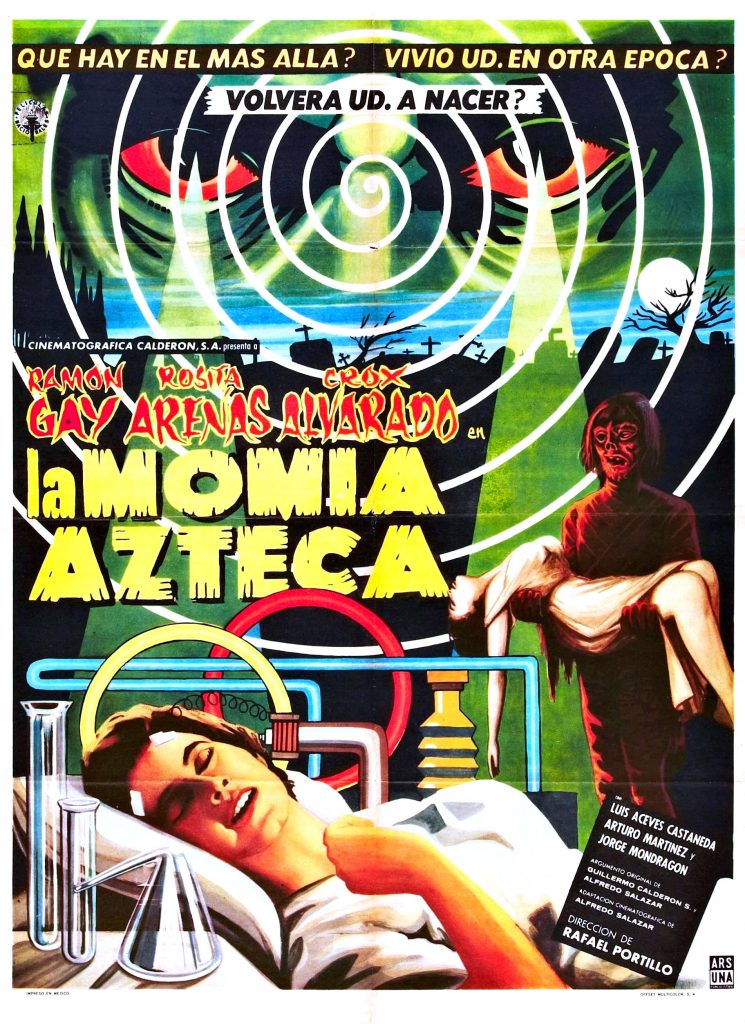 When I first saw this I was 6 years old and it scared men almost to death. Even though the trilogy ended a few months later (in 1958) I remember I was disappointed with the “human robot” ending of the Aztec mummy trilogy. I still think that this Aztecan mummy could have been better exploited in films, but I guess that even for the producers it was such a discovery that when they realized what they had in hand, they had already blown it apart, with the lowest budgets and the retelling with minimum variations of the same story in parts 2 and 3 (“The Curse of the Aztec Mummy”, and the awful “The Aztec Mummy Against the Humanoid Robot”). Maybe the reason is that its main writer, Alfredo Salazar (brother of producer-actor Abel Salazar, the man behind Fernando Méndez’ 1957 classic “The Vampire”) was marginally interested in horror films. Even if he also has to his credited the original script for Benito Alazraki’s “Devil Doll Men” (1961), most of the movies Alfredo wrote were about wrestling stars, fighting the occasional monster. As frequent in Mexican horror films, there is also a mystery here: nobody seems to know the name of the little girl who played Dr. Almada’s daughter.