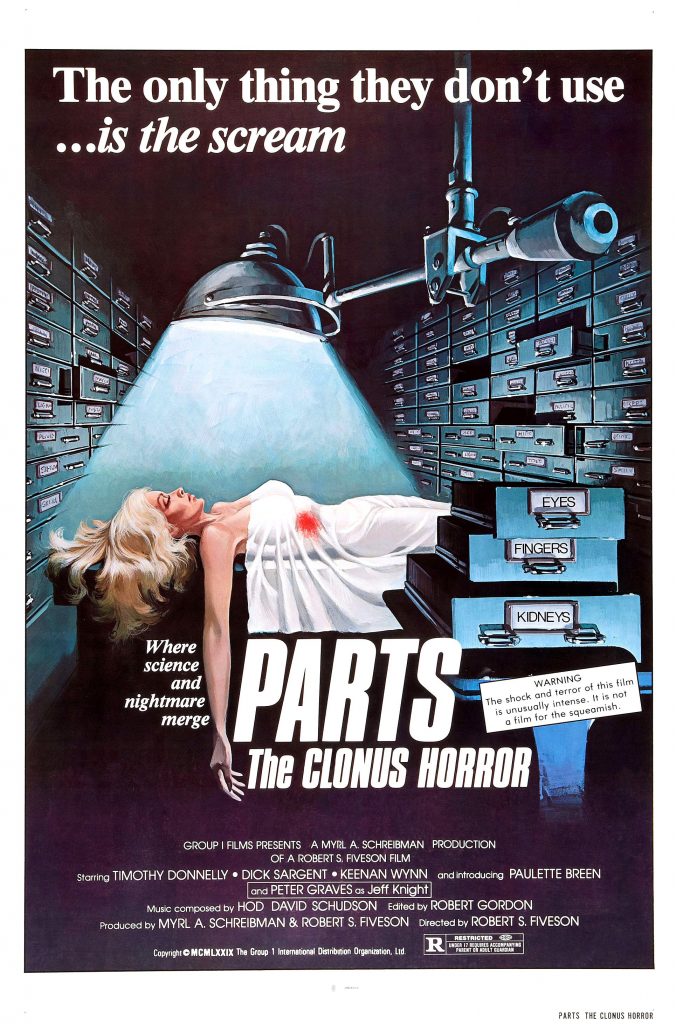 The Clonus Horror” quickly developed a cult and underdog reputation because there’s an ongoing lawsuit between the makers of this low-budget Sci-Fi gem and Dreamworks/Michael Bay, who “stole” the concept for their massively budgeted film “The Island”. Personally I haven’t seen “The Island”, too mainstream for my taste, but I can easily understand why Bay & C° had interest in the premise. It’s close to brilliant, disturbing and  considering the year of release  impressively ahead of its time. Clonus is the name of secret and secluded location where young, handsome and sportive clones are carefully “nurtured” until their wealthy owners (mostly politicians and industrialists) need them for an organ transplant. Of course, the clones themselves don’t know what they are and what purpose they’ll eventually serve. They’re led to believe that one day, when they train and study hard, they can go to America and live a life of luxury. One of the clones named Richard falls in love on the premises, skeptically begins to discover the truth about his existence and escapes into freedom. But, even though he encounters some friendly and understanding people in the outside world, Richard soon experiences that the he can’t escape the fiendish Clonus conspiracy. This is another one of them films for which I can’t possibly comprehend the negative reviews, hatred and low ratings. Did Michael Bay perhaps hire people to rate “The Clonus Horror” 1/10 on IMDb? Because I can’t explain the miserable 3.30 rating otherwise. The tension and atmosphere are professionally built up, the make-up effects are admirably engrossing (especially considering the budget), there are few neat and efficiently shocking twists near the end and the acting performances are fairly solid, with even some remarkable cameos of veteran stars like Keenan Wynn and Peter Graves. Terrific and criminally underrated film, I hope it soon gets the recognition and praise it deserves.