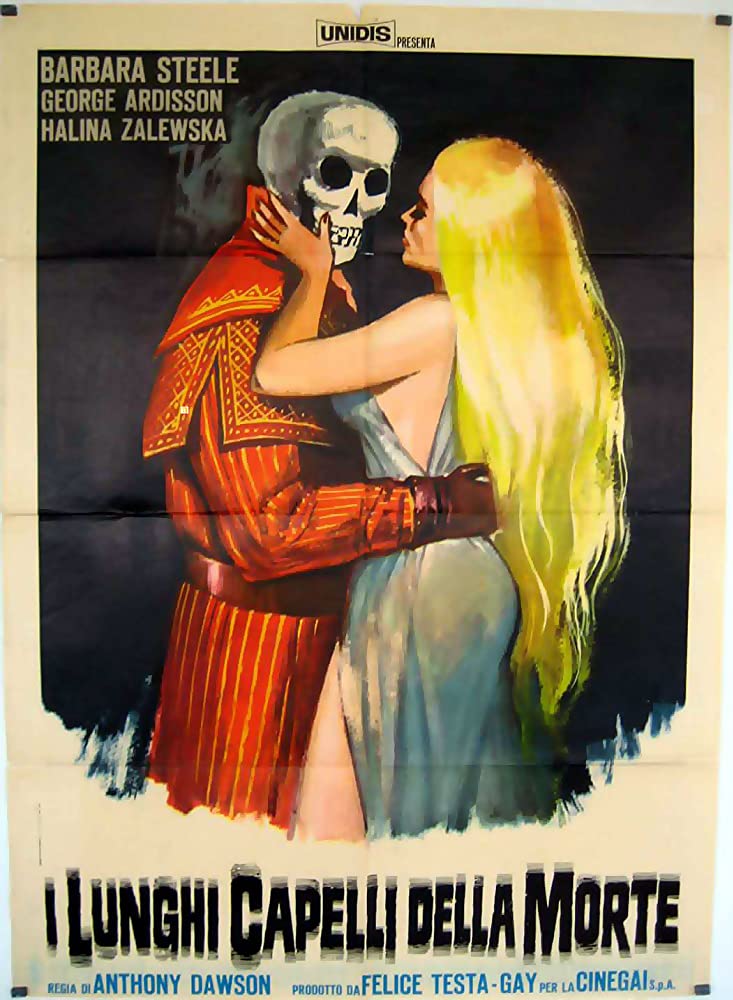 “I lunghi capelli della morte” by Antonio Margheriti is a classic b/w Gothic movie. Take a flickering candle, go down into the crypt, past the spider webs – and you wouldn’t be surprised if Bela Lugosi was lurking in the shadow. Actually it’s Barbara Steele which you can’t complain about, either. Giorgio Ardisson plays Kurt, the son of a Count, who commits a murder, blames it on a witch, the witch is burnt and leaves a terrible curse behind – maybe the story is not something new, but it matters most in this movie to show how a man is slowly trapped in a revenge plan – so slowly that for most of the running time, he doesn’t even realize the torment already began. That not much is happening, as sometimes reviewers do say, is done on purpose: Kurt would like to move, but he is becoming aware more and more of his helplessness, his inability to hide. “I lunghi capelli della morte” is a movie with intensity, atmosphere and beauty in its black and white imagery, and while I just wanted to check out the first chapter for the disc quality when the DVD arrived in the mail, I ended up watching it till the end – it was mesmerizing and really that good. Fans of the genre, don’t miss it!