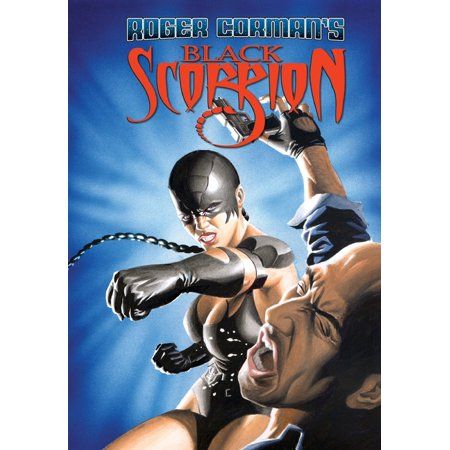 What some people might not realize is that “Black Scorpion: The Series” is not meant to be serious. Its just an hour of over the top action, and comic book realism. Don’t look at it as a serious action program or an award winning, life-changing show. Its just a hour where you can put aside reality and political correctness and enjoy fiction at its best. Yes, The show does have several women in spandex and yes, it can be a little hokey at times but its the flaws and eccentrisities that make the show a little less “stuck-up”. I for one am tired of the same shows with the same plots and the same mass produced feel to them. Roger Corman, The show’s director and financial backer, wanted to make something that we haven’t seen in a long time. He wanted to show that television could still be fun. How many shows do we watch only because other people watch them? Black Scorpion might not be spiritually uplifting or educational at the least, but its enjoyable. The show has had some very nice acting and it does have great fight scenes. The best reason to watch is for the Supervillains that pop up every week. It brings back that feeling of the Batman series we all watched at one point or another. This homage to Batman is made crystal clear by having Adam West(Batman) and Frank Gorshin(The Riddler) both make guest appearences as supervillains. This show is probably one that viewers will either love or hate as soon as they see an episode. But I suggest you watch an episode or two.