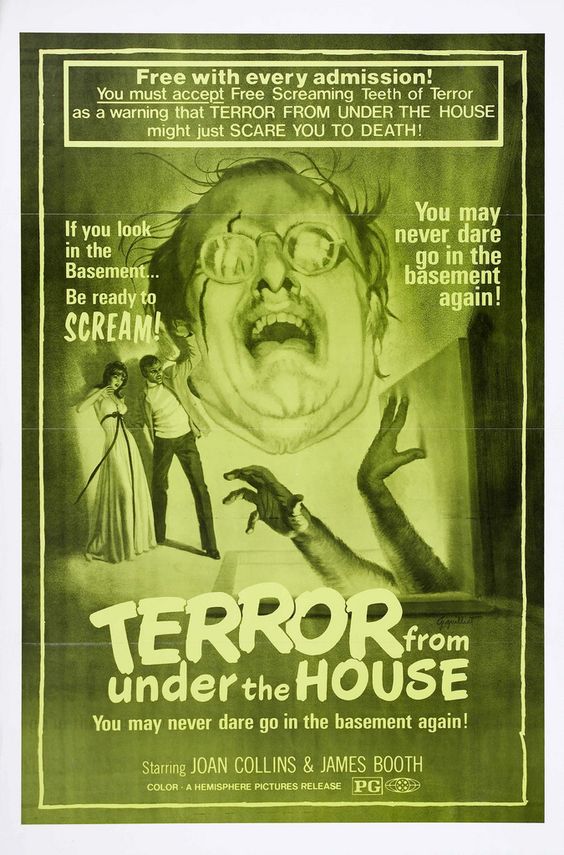 “Revenge” (also called “Inn of the Frightened People”) is a rather limp thriller. It had the makings of a very good film but muddled writing and irrational characters made this one tough going.

The story begins with a young lady being raped and murdered. Despite the family being pretty certain who it was, the police release the man for a lack of enough evidence. So, a group of friends decide to take the law into their own hands….though these are bumblers who really don’t have a plan…especially when it comes to what to do with the guy after they kidnap him. Once he was taken into the basement of a local inn, one of the kidnappers beats the snot out of the guy…but doesn’t quite kill him. In fact, here’s a problem…no one has the stomach to finish the job….so they leave him locked up down there and hope he just dies on his own. They did NOT tie him up nor gag him….because, after all, they are all idiots.

A few days pass…and during that time the kidnappers all are emotional wrecks. Now this leads to a completely inexplicable portion…the wife of the man who beat the alleged killer/sex offender is raped by one of the gang….and she apparently likes it. And, they do it in front of the injured man in the basement. Why? I have no idea…and that brings me to the biggest problem with the film. They never seemed to have a clear idea where it was all headed…both the cast AND the screenwriter. The ending was very good….but it came way too late and seeing the captors being this stupid and disorganized just didn’t make a lot of sense. A miss…and a film that should have been a lot better.