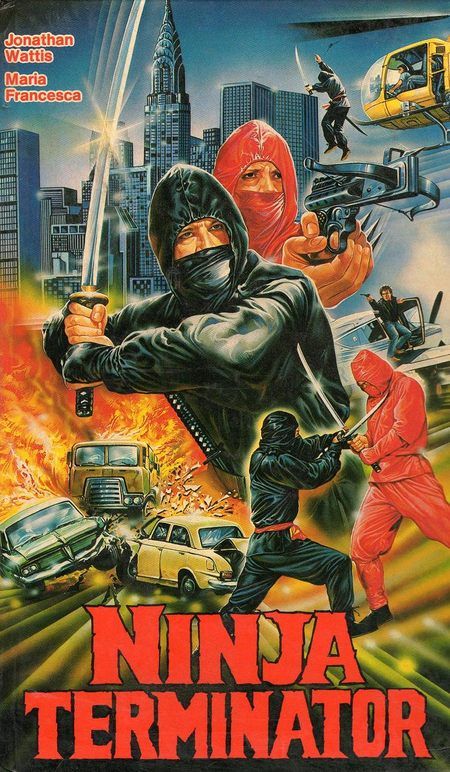 If anybody has sat down to watch a decent Jackie Chan or Bruce Lee film and thought to themselves ‘Hold on, you know what would make this better? Really bad ninja fighting that has little to do with the actual story, a story that makes absolutely no sense, and some of the most random quirkiness ever witnessed on screen, that’d make a GREAT film!’ Then Ninja Terminator may be the film for them.

However, if they added to that ‘Also, I’d like to see a love scene set to Pink Floyd’s Echoes, twice, and perhaps a guy in a blonde wig for no reason at all’. Then 1) Ninja Terminator IS for them and 2) They have uncanny and ultra-specific pre-cognitive powers.

Ninja Terminator takes the whole ‘so bad it’s good’ movie ethos to stratospheric levels, even beyond movies like Troll 2. What works here is the movie that Godfrey Ho is tacking his usual ninja battles onto is just about as crazy as the ninja battles themselves. I swear, there must be a kung fu fight every five minutes or so, each of them getting increasingly stranger until the penultimate fight on the beach (followed only, of course, by the bizarre ninja showdown).

I’ve watched a few of these ninja films so far, and it’s by far the greatest one I’ve seen.

By the way, if you like actual good films, just reverse everything I’ve said and take it as a warning.