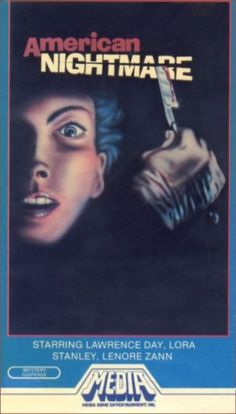 Wealthy pianist Eric Blade (Lawrence Day) tries to locate his missing runaway sister in an unnamed (and presumably US) metropolis. His journey takes him to seedy sex shops and strip joints. Of course, the police (include a detective played by one “Mike” Ironside) aren’t really interested in a missing hooker until they find out she is the daughter of a wealthy businessman. Even then they spend their time following the “obvious he didn’t do it” guy while the quick audience members have already correctly guessed the real culprit 10 minutes in. Despite being a tad predictable, this is still worth watching for the the sleaze factor. This ranks right up there with films like MANIAC and NEVER PICK UP A STRANGER in terms of on screen skank. I’m just saddened that my Northern neighbors think so lowly of us that they called this American NIGHTMARE. I guess Canadian NIGHTMARE didn’t have that ring to it.