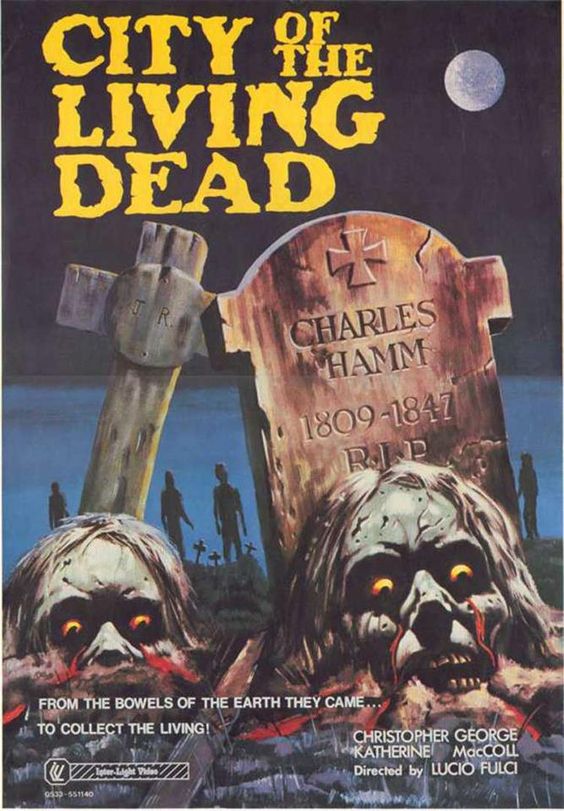 This film is probably an accidental masterpiece, but a masterpiece nonetheless. Fulci is one of my idols, but I don’t think he was a really good filmaker. It was his lack of coherency and almost childlike need to gross you out that made his best films so beloved. Gates of hell is the best of the lot. The film is basically one long wierd, surreal treatise one death and the horror of violent death in particular. Listen to the layered, terrifying soundtrack – wind howls, babies scream, stones grind, skulls break… The much talked about gore is not just gore but completely outlandish, brilliantly excecuted (no pun intended) operatic set pieces that come out of nowhwere and are truly, deeply repulsive. The prog rock score is just as yummy. The non linnear plot creates one of the best pieces of horror/surrealism I’ve ever seen. The ending is blood chilling because it doesn’t make sense. See this movie more than once and realize it’s so called faults are part of the reason it’s so goddamned great!