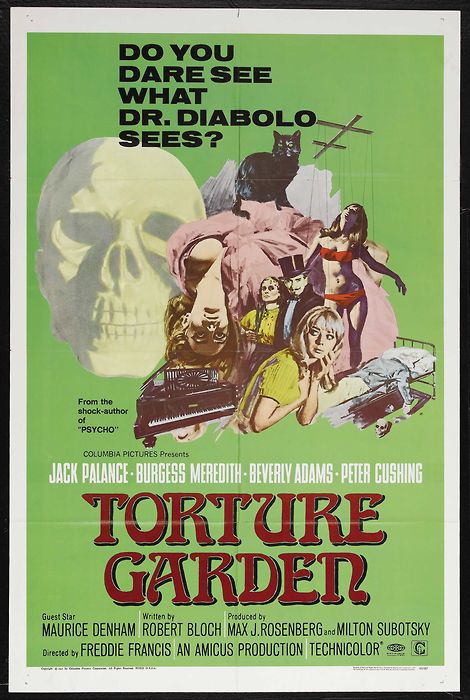 This film has many veteran actors and the writer is very famous, Robert Block, who wrote the book, “Psycho” 1960. In this film, Burgess Meredith, (Dr. Diabolo) plays the role as a carnival barker for his show, “Torture Garden” where he charges five pounds British currency to have your future told in a very realistic event. There are many people who participate in having their future told and also their deep dark secrets they all want to hide. There are many stories you will experience as this film moves on and even Jack Palance, (Ronald Wyatt) plays a great role as a collector of Edgar Alan Poe and meets up with the real Poe himself. Burgess Meredith was really the main star in this film and is well remembered for his role in many of the Rocky films. Great Halloween night film, enjoy.