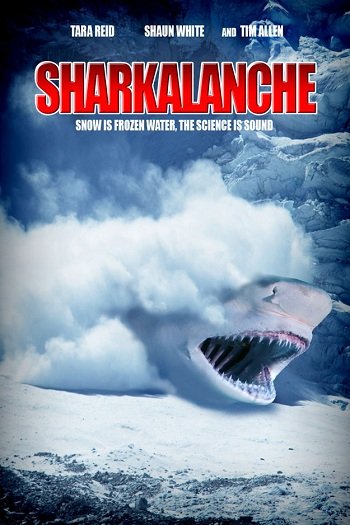 To be honest, I suffered through watching most of this movie here and there throughout the past year or so whenever it was airing on television. Although there was worldwide shock and awe with Sharknado (which was so cheesy and irrational that it was funny), they should have kept it at that and left it as a classic cheesy movie. But no, instead they start creating a whole bunch of shark movies…so much so, that the original value of Sharknado is now lost.

Avalanche Sharks is obviously a very cheesy film. But of all cheesy films, it is horribly executed. The CGI is terrible, and the story is just a piece of garbage. To be honest, how can you even imagine sharks living in the snow? At least with Sharknado, they were picked up and tossed around in the tornadoes to terrorize people in the city. Here, sharks are swimming in snow…do the writers even have brains?

Anyway, if you’re looking for a cheesy movie, this one delivers for the first few minutes. After that, it loses its charm, if there was any in the first place. This Sharknado spin-off is definitely a disaster worse than any avalanche could ever pull off.