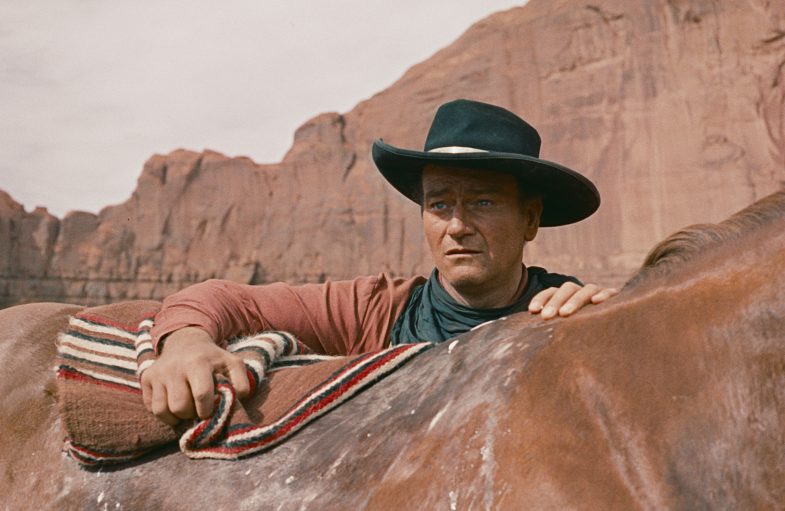 The fairness doctrine of the United States Federal Communications Commission (FCC), introduced in 1949, was a policy that required the holders of broadcast licenses to both present controversial issues of public importance and to do so in a manner that was honest, equitable, and balanced. The FCC eliminated the policy in 1987 and removed the rule that implemented the policy from the Federal Register in August 2011. The news media once untethered from the burden of truth was free to spread a culture of polarization. At one time the media was legally obliged to tell the truth, this is no longer required. According to various academic outlets CNN reports truthfully 60% of the time and Fox News closer to 20%. This erosion of truth is a serious problem. This nation is like a ship cut loose from the pier of integrity, empathy, and honesty and is finding itself without a home port because it no longer recognizes the truth within itself. It is indeed lost.

When the voice of a culture ceases to be responsible to truth or no longer feels the need to apply the discipline of truth, then that culture begins to become dangerous to itself and those that are contained within.

This lack of cultural truthfulness has infected the motion picture industry. At one time movies, the ones that endure and become ingrained in our collective memory, all have some elements of truth. Truths that can inspire and endure.

In the movie ‘SuperBad” there is a scene at the end of the movie that provides a break between childhood and the cruel advances of the world of the adults. The two leads in the movie part company, each engaged in attempting to win the affection of a girl. The two slowly move away while one ascending on an escalator, the other descending. They share a look acknowledging this tectonic shift in their lives and their relationship. At the end of “Casablanca” Rick has to make a crucial decision, one borne of true love and selflessness when he gives up Ilsa Lund, the pain is palpable and truthful. At that movement we all realize the sacrifice that true love requires, and that Rick breaks free from his hurt and pain to do the right thing. In American Graffiti, the last evening in a small American town weaves a tapestry of angst, longing, and a profound sense on innocence. During the runtime of this movie by George Lucas we see probably one of the most truthful portrayals of what it was to be young in American prior to the assassination of John F. Kennedy and the brutal pretense that was the Vietnam War. It is a longing for what once was and in some ways anger for what was taken away.

At their best, movies are a celebration of the human condition. They are at their best an expression of our oneness as a species and a medium of understanding of what can lie in the human soul. Lately though with the advance of digital technology movies have moved away from truth and have replaced it with a shallow mirror of reality. When you have a physical medium you can craft, you can reflect on it. It is much like clay on a potter’s wheel, it may be flawed in some ways, not as polished, but it is genuine and reflects the hands of its maker.

I am a big fan of John Wayne, he and I certainly do not share politics but at the end of the day I admired the messaging on screen and the personification of what moviegoers saw as the quintessential American character. In the movie “The Searchers” John Ford paints a picture tormented by his past, searching for his abducted niece. Ethan walks a razor’s edge between murdering his niece because of her contamination by Comanche or saving her. In the end he saves her and his life changes. The brutality and hurt give way to a gentle compassion. The last shot of “The Searchers” is of John Wayne framed in a doorway. Outside is the wild beauty of an American wilderness, and inside a settler’s rustic cabin. He is stuck between two worlds. Ethan walks out into the wilderness, a place where he is comfortable. The door shuts and the title card is shown on screen. It is a very truthful and reflective moment of choice and facing your own reality in a changing world.

Movies reflect the times we are in. Today the Marvel and DC Universe consume both the streaming and theatrical universe. The stories are diluted to reflect a perception of a global audience. They have very little to do with the existence of most American’s lives so there is an erosion of the affinity audiences have towards movies. Movies made America and America made the movies. When you cease to espouse properly the culture you live in, you become adrift in a sea of trying to please everyone. What is interesting is that the French want to see American movies and the Chinese want to see American movies. I want to see British stories, my favorites are comedies like “Passage To Pimlico”, the story of ordinary people doing extraordinary things. Hollywood has ceased to extol an American culture like most American media has ceased to promote a culture which is truthful.

What is interesting is when the media adopts any of the Kardashian’s or Paris Hilton; they are telling the world, this is worthy of your attention. I personally am baffled why this is. These are apparently individuals who reside in a brittle culture of self-promotion and self-aggrandizement to the point that they engage in the release of sex tapes and have television series which celebrate a destructive lifestyle. They are a melanoma on the skin of America. Watching them is the equivalent of a spiritual and ethical traffic accident and the fact that any attention is being given to them is a symptom of what is wrong with our modern culture. Much of America is dumbfounded by this.
The ability to connect with an audience is the fuel for the movies. When the movies cease to connect with the basic elements of true human nature, they become distant. It is time we moved back to the simple. And the genuine. It is time that we told the publicity flacks and the studios that most of us have little interest in anyone’s sex life, that while we admire compassion and political engagement, it does not have to be trumpeted to us. In the end what we really want is to be entertained and honestly spoken to. The responsibility for truth was removed in 1987….it is up to us to put this sleazy genie back into the bottle.

“There’s no compromise with truth. That’s all I got up on this floor to say. When was it? A year ago, it seems like….Just get up off the ground, that’s all I ask. Get up there with that lady that’s up on top of this Capitol dome, that lady that stands for liberty. Take a look at this country through her eyes if you really want to see something. And you won’t just see scenery; you’ll see the whole parade of what Man’s carved out for himself, after centuries of fighting. Fighting for something better than just jungle law, fighting so’s he can stand on his own two feet, free and decent, like he was created, no matter what his race, color, or creed. That’s what you’d see. There’s no place out there for graft, or greed, or lies, or compromise with human liberties. And, uh, if that’s what the grownups have done with this world that was given to them, then we’d better get those boys’ camps started fast and see what the kids can do. And it’s not too late, because this country is bigger than the Taylors, or you, or me, or anything else. Great principles don’t get lost once they come to light. They’re right here; you just have to see them again!”