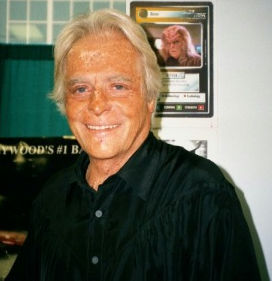 “Halloween” actor Richard Lynch, who became a staple in horror and science-fiction movies with his scarred facial features, has died at age 76, his spokesman said on Wednesday.
Lynch’s representative, Mike Baronas, told Reuters that Lynch’s body was discovered by one of the actor’s friends, who had stopped by Lynch’s house in Palm Springs, Calif., after not hearing from him in days. She found the door open and Lynch lying on the kitchen floor, “cold and lifeless.”
Baronas said no investigation is being held into the death of the actor and his body was sent directly to a funeral home.
Lynch, who was born in New York City in 1936, made his name playing villainous characters in movies such as 1973’s “Scarecrow,” 1988’s “Little Nikita” and 2007’s installment of the “Halloween” horror franchise, directed by Rob Zombie.
Lynch also appeared in numerous television series in his five-decade career, most notably the sci-fi series “Battlestar Galactica” and “Galactica 1980.”
Lynch’s face was permanently scarred in 1967 when he took the drug LSD and set himself on fire, something he spoke openly about in the documentary film “LSD: The Trip to Where?”
Zombie paid his respects to Lynch on his Facebook page on Wednesday, saying “Richard was great to work with and really gave it his all. I will never forget the way he scared … the kid actors in ‘Halloween.'”
Lynch’s last role was in Zombie’s upcoming film “The Lords of Salem,” which is due to be released later this year.