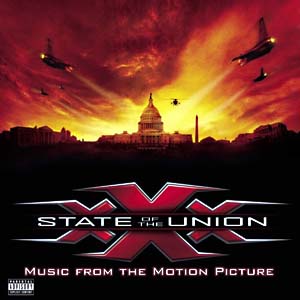 A State of the Union airs tonight – one featuring less eloquence and more explosions than the average national address by U.S. President Barack Obama.

Ice Cube has certainly come a long way: From wanting to “F—Tha Police” as a member of the groundbreaking rap group N.W.A. to being the nation’s last, best hope to stop a diabolical terror plot.

Willem Dafoe hams it up as a corrupt general and secretary of defence – a powerful, nefarious man that has been training a secret military unit to kidnap and kill the American president.

. For those looking for something with a lower body count, the classic comedy City Slickers might be for you. Billy Crystal – the old guy many of you didn’t recognize that hosted the Oscars this year – stars as Mitch, a city boy who heads out on a two-week holiday with buddies to deal with a mid-life crisis. Their destination? A cattle ranch run by Cowboy Curly (Jack Palance), which teaches the pack of metrosexuals how to be more like the Marlboro Man. It’s the buddy-vacation comedy from an era before The Hangover set a new benchmark for depravity. (Citytv)

. It’s Friday the 13th, so Ghost Hunters might be the most suitable offering of the night. The team of real-life ghost hunters investigate a 1920s suicide, as well as a bone-chilling home haunting in Gardner, Massachusetts. It’s a real-life version of Paranormal Activity. (OLN)