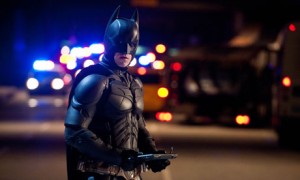 Christopher Nolan’s The Dark Knight Rises completes not only his personal trilogy focusing on socialite Bruce Wayne and his alter ego, Gotham City’s caped crusader, but also a cycle of popular culture that began in May 1939 when Batman was added to Detective Comics’ pantheon of superheroes.

Batman’s creator Bob Kane and his fellow comic-strip artists were all admirers of Fritz Lang’s German movies, the forerunners of film noir, but this did not prevent them from becoming the object of a ferocious assault by Eisenhower-era moralists bent on suppressing horror comics during a crusade led by the psychiatrist Fredric Wertham. His 1954 book, Seduction of the Innocent, attacked Bruce Wayne and Dick Grayson’s menage as a covert celebration of homosexuality. Ten years later, however, when Susan Sontag’s seminal essay Notes on Camp promoted kitsch and the idea of “it’s good because it’s bad”, Batman became a TV series in garish comic-strip colour and was followed by a tongue-in-cheek film version and a revival of the low-budget 1943 Batman serial, all 15 chapters being shown back-to-back to open London’s latest super cinema.

By 1989 the comic strip had been elevated to the status of “graphic novel”, and Tim Burton invited us to give up our search for the inner child and find our dark sides in Michael Keaton’s Batman, a Hamlet-like malcontent. Then, in the wake of 9/11, Nolan followed his complex Memento and Insomnia by reviving a now-moribund franchise. To misquote Scott Fitzgerald, he embarked on the search for the soul of the dark knight where it is always three o’clock in the morning. In 2005’s Batman Begins he provided a new account of the creation myth, adding some kung fu, a touch of Da Vinci Code conspiracy and a dash of Bond to Kane’s 1939 account of Bruce Wayne’s orphaning. It was followed in 2008 by The Dark Knight, in which Heath Ledger takes the story to exhilarating heights of terror as the demonic Joker, an implacable enemy of Batman and mankind, part Lucifer, part Loki, part Osama bin Laden.

On either side of The Dark Knight, Nolan made The Prestige and Inception, films of exceptional brilliance, more individual in being free of the particular expectations of a franchise, but still pursuing personal preoccupations about identity, masks and lethal, morally confused games that also figure in the Batman films. The intellectually challenging final film, The Dark Knight Rises, sets out to reconcile issues raised in the first two. It brings Wayne’s story to a suitably epic conclusion while at the same time offering the dramatic imbroglios, action set pieces, twists and surprises the form demands. To keep the franchise on ice rather than consigning it to the morgue, The Dark Knight Rises necessarily weaves a certain ambiguity into the ending.

Watch the trailer for The Dark Knight Rises Link to this video
In a spectacular opening, far superior to the not dissimilar pre-credit sequence Roald Dahl devised for the 1967 Bond movie You Only Live Twice, a plane used by the CIA for extraordinary rendition of alleged terrorists is hijacked in mid-air by a larger aircraft. Liberated by the manoeuvre is Bane (Tom Hardy), a muscular menace wearing a half-mask containing a voice box and an analgesic device that eases his constant pain. He’s an associate of the League of Shadows, the ancient eastern conspiratorial cult to which a mysterious stranger (Liam Neeson) initiated Bruce Wayne in Batman Begins and which Wayne renounced as a gang of fascistic vigilantes.

Physically Bane resembles Hannibal Lecter and Darth Vader, and the artificial voice box makes his speech difficult to follow. This introduces a problem that runs through the film (or at least the version shown to the press last week). Perhaps for inscrutably perverse reasons, though more likely a fault in the balance between speech and Hans Zimmer’s hyper-percussive score, much of the dialogue is unintelligible. This would be all right in most epics (who wouldn’t want John Wayne’s line “Truly this man was the son of God” lost by thunder?), but not here.

Christian Bale has never been more baleful than as the crippled Wayne, eight years as a recluse in Wayne Manor, tended by the faithful family butler and surrogate father, Alfred (Michael Caine). Having taken the rap for the late Gotham DA, Wayne is the disgraced hero in exile, much like Philoctetes, the Greek archer who Ulysses must entice back to end the Trojan war. Having started in this classic role, the film’s dramatic arc transforms Batman into a self-sacrificial Sydney Carton, and indeed there are numerous evocations of Dickens’s A Tale of Two Cities, including the parallels drawn between the chaos of Gotham City and the reign of terror that followed the French revolution.

What faces Gotham is a nihilistic movement spearheaded by Bane and assisted by capitalist interests and bankers. It starts with an assault on the Stock Exchange, continues with the theft of a nuclear device, and leads up to a familiar countdown to annihilation. Bane represents himself as a liberator but he’s really a destroyer, a deceiver of a weak, easily misled populace. The contemporary parallels are clear, though the underlying politics are somewhat confused. One supposes that Nolan’s views are not unlike Shakespeare’s (or Dickens’s) – a loathing of people acting as a mob, a deep suspicion of politicians and a belief in the preservation of social order in a fluctuating world.

Anyway, Bale remains a strong moral presence. The established figures around him, mostly played by British actors – Caine’s Alfred, Morgan Freeman’s equivalent of Bond’s Q, Gary Oldman’s Commissioner Gordon – do their standard stuff. Of the newcomers, Joseph Gordon-Levitt (who has a strong resemblance to Heath Ledger) is excellent and endearing as an honest young cop, and one would guess he’d be a significant figure were the franchise to be renewed. The new female leads, Marion Cotillard (rich philanthropist) and Anne Hathaway (Catwoman in all but name), have little to get their claws into. The special effects are often breathtaking, especially an overhead view of Gotham City in meltdown. The production designers have done a first-rate job. Wally Pfister’s photography is uncompromisingly Stygian. A pity about the dialogue, but I’m sure something can be done about it, and maybe it works in the Imax form for which it was made. That being said, The Dark Knight Rises has an intelligence, epic thrust and visual grandeur far beyond its present box-office rival, Joss Whedon’s Avengers Assemble.

From the Guardian Phillip French