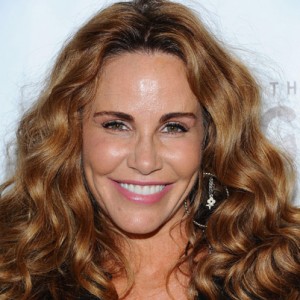 There’s something about the dark and quiet of a movie theater that allows us to make ourselves vulnerable. We enter into an implicit pact, giving over to the images, letting ourselves laugh at something silly or cry at something poignant, all in the cloistered company of strangers. That’s why when something unexpected interrupts that experience, it’s that much more startling, like being awakened suddenly from a vivid dream.
Long before the massacre during a midnight showing of “The Dark Knight Rises” in Colorado, movies themselves have depicted the jarring sensation that occurs when the intrusion of reality disrupts the sanctity of sitting in a theater. Quite often these scenes are violent, but sometimes they’re funny, clever or just plain weird.

Perhaps because filmmakers feel so passionately about the moviegoing experience, they also enjoy shaking it up from an artistic perspective. Here’s a look at several key examples:

—”Inglourious Basterds” (2009): The climax of Quentin Tarantino’s revisionist World War II saga takes place at a Paris movie theater, where a packed house enthusiastically takes in the gala premiere of a Nazi propaganda film. The cunning Shosanna Dreyfus (Melanie Laurent), a young Jewish woman seeking revenge for the killing of her family, has laid out a carefully detailed plan (with some help from Brad Pitt’s crew) to destroy the place and everyone in it—including Adolph Hitler. The result is a seriously

Advertisement
over-the-top explosion—even for a Tarantino movie—of flames, gunfire and screaming, teeming masses. People scramble over seats and scamper up the aisles as the building burns down all around them. It’s terrifying but also thrilling and important: a moment of major victory.
— “God Bless America” (2011): In Bobcat Goldthwait’s pitch-black comedy, a middle-aged man who recently learned he’s dying of a brain tumor and his perky teenage sidekick go on a multi-state killing spree, taking out the horrible people they believe are responsible for the deterioration of society. Among their targets are a bunch of obnoxious kids sitting behind them in a movie theater, talking on their phones and just being loud and rude in general. The two killers stand up, turn around, pull out their guns and shoot them right there. One guy gets it while taking cell-phone video of the attack.

— “Scream 2” (1997): The slasher sequel opens at a raucous showing of “Stab,” with many people in the audience wearing their own Ghostface masks and wielding fake knives. Jada Pinkett is squirming and enjoying herself and doesn’t realize that the person sitting next to her isn’t her boyfriend (who was stabbed in the men’s room) but rather the killer in a mask, who’s just stabbed her. In the chaos of the crowd acting out the film and the violence on the screen itself, it’s hard to tell what’s real, so the killer is able to hack away at her some more. Finally she drags herself onto the stage, stumbling, sobbing and bloodied, before collapsing. But, as in the Colorado shooting, many in the audience are confused and initially think this is a publicity stunt.

— “Targets” (1968): Peter Bogdanovich’s directorial debut, which Roger Corman produced, was inspired by the University of Texas tower sniper: It’s a thriller about a disturbed Vietnam veteran who kills his wife and others before going on a shooting rampage. The carnage continues when he flees to a drive-in theater in the San Fernando Valley with police on his tail. The killer hides behind the screen and picks off unsuspecting people as they sit in their cars; once the patrons begin to realize what’s happening, panic ensues. An aging horror star making an appearance at the theater—played by Boris Karloff himself—confronts the shooter, which finally results in his arrest. “Targets” suffered from some unfortunate timing, having been released just after the assassinations of Martin Luther King Jr. and Robert Kennedy. The tagline in the trailer: “What turns an all-American boy into an all-American killer?”

— “The Blob” (1958): Featuring an early Steve McQueen performance, this classic B-horror movie includes a famous scene in which the red, gooey creature chases people out of a movie theater. They go running and screaming in terror with the blob still coming after them, oozing through the theater’s front doors, growing larger all the time. Cops with rifles try to restore order, but it’s in vain. On the marquee, you can see that the blob has inflicted itself upon a midnight showing of a Bela Lugosi movie, sending frightened moviegoers fleeing into the night.

— “Gremlins 2: The New Batch” (1990): The Gremlins cause a movie print that’s playing to snap, pop, bubble and burn. Then they mess around behind the screen making shadow puppets and maniacally laughing before taking over the projector. Patrons come out and complain to the manager, who says: “We just show these movies, we don’t make them.” Finally it takes Hulk Hogan to stand up to the monsters to get them to behave.

— “Foul Play” (1978): Goldie Hawn meets up with a mysterious new friend at a movie theater. He’s seriously wounded and bleeding and tries to warn her about a murder that’s planned. Being adorably clueless, she doesn’t comprehend what he’s talking about—until he whispers in her ear, “Beware of the dwarf” before collapsing on her shoulder, dead. Hawn screams just as a shocking moment happens in the movie, which causes others to scream, too, and drown her out (again, there’s the blurring of reality and fiction). Hawn runs out to the lobby to tell the manager what happened but by the time they get back inside the house, the body is gone.

— “The Purple Rose of Cairo” (1985): Jeff Daniels plays a dashing Depression-era movie character named Tom Baxter who one day recognizes the outside world, walks off the screen and falls in love with a waitress in the audience played by Mia Farrow. The rest of the characters are left standing around wondering what to do—they’ve dropped their performances and are complaining as their regular selves. Some people stay in the theater to see what will happen next; meanwhile, other Tom Baxters in other theaters start trying to leave the movie, too. One of Woody Allen’s best.

— “Bachelor Party” (1984): Tom Hanks and Robert Prescott are duking it out for the love of Tawny Kitaen, whom Hanks is about to marry. During the course of their fistfight, they end up on stage in front of the crowded showing of a 3-D movie, inadvertently acting out the exact fight that’s happening on screen. A guy in the audience with his arm around a girl says, “This is the best 3-D I’ve ever seen.” The girl responds, “Eh, I’ve seen better.” Then she takes an errant punch to the face, rubs her nose and goes, “Whoa.”