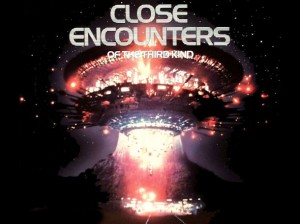 Does Independence Day need a sequel after 16 years? Producer Dean Devlin seems to think so, mooting one alongside a follow-up to the original Stargate movie. The temptation though is always to leave these things alone, unsullied by a follow-up that would inevitably fail to rebottle lightning. Some movies though remain begging for that lingering question mark to be answered, left hanging for sequels that never happened. And some movies, even those perfectly wrapped-up-with-a-bow, are so good that a little part of you can’t help but wonder – much like a idea-strapped studio exec that’s run out of high-concepts – what if?

Blade Runner (1981)
Ridley Scott’s dark Dick dystopia was one of the 80’s key sci-fi touchstones thanks to its neo-noir neon aesthetics. The director was (grumpily) assisted in his journey through sodden LA AD2019 by Harrison Ford, the actor his shabbiest best as the slippery amoral – if curiously empathetic – Deckard, the titular replicant hunter.

“It’s too bad she won’t live, but then again, who does?” We left Deckard and his replicant lover Rachel on the run and marked for retirement. The ultimate Blade Runner hunted by his old force? Sounds like a movie to us, and recently even Ridley Scott started making noises that he might agree. He could double-dip his profits by having one sequel to the original voice-over ending version, and another for the celebrated Director’s Cut.

The Incredibles (2004)
They gave Cars a sequel but not this? Pixar’s most-stylised movie is a science fiction-tinged ode to superheroes, as forcibly retired man of steel Mr Incredible and his family find themselves back in the game – like Watchmen without the slo-mo and terrible sex. The cape-fail sequence alone is required viewing for any comic book geek.

“Behold, the Underminer!” The movie ended with the family Parr suiting up to take on the new villain on – or under – the block: moley daylight dodger The Underminer. Meanwhile baby Jack-Jack’s discovery of his temperamental superpower – that’ll be transformation – would supply the relationship angst. Hell, it’ll be better than the ‘sequel’ computer game anyway.

The End…? The question mark said it all – this was a serial movie that never got a serial (the TV show doesn’t count). The follow up – Flash 2: Gordon’s Alive – has the whole wealth of the cartoon strip and Buster Crabbe Flashography to dip into for inspiration, including the initial idea for the eventually scrapped sequel: taking Flash to Mars to battle the previous movie’s mystery ring fingerer.

Serenity (2005)
Writer/director Joss Whedon’s attempt to fire up the Serenity’s engines was grounded by broader indifference beyond the ‘verse of the browncoats. Told with Whedon’s usual through-the-ribs wit and unsparing flair for dramatic edge, it saw Mal Reynolds’ sibling stowaways’ past come back to try to rape them to death, eat their flesh, and sew their skins into clothing. Mercifully in that order.

Nothing, according to the man himself, pronouncing any sequel speculation as being as dead as Wash. The initial plan was to give himself any number of reboot options: there’s the question of how Mal’s new co-pilot is going to work out – let alone the fact that the Alliance is still kinda pissed about that whole ‘letting the Reaver secret out’ thing. Still, what sort of idiot would give Joss Whedon a huge budget and a wealth of expectation now?

Inception (2010)
So did the top stop spinning? Christopher Nolan’s dream within a dream within a freaking amazing dream is a masterpiece of plotting and vision – somehow managing to weave the many different levels into a coherent shape while giving the movie the dramatic kicks required to rock a multiplex. A cinematic magic trick, pulled off by the guy with the coolest, most expensive top hat.

The cast is signed, the studio would cry tears of money, the audience would declare themselves skeptical – and then turn up in droves anyway. As Edgar Allen Poe fans will testify, the advantage of dealing with dreams is that reality could always be one blink away, allowing Nolan to keep his top spinning out endlessly… were he a shameless hack. If he ever did cave, we reckon the sequel should commence with a shocked Cobb being greeted by the very alive Mal as she comes out of the shower.

Plan 9 From Outer Space (1959)
Ed Wood Jr’s cult classic of craposity is kitsch catnip, consisting of carboard sfx and even-more wooden dire-logue, as the rather-limp aliens attempt to implement Plan 9 – “shooting electrodes into the pineal and pituary glands of the recently dead”, or zombies as they’re usually known – in order to scare the humans away from developing ‘solarbonite’ and blowing up the universe. Fun to watch in theory, a bit tiresome in practice.

It’s the ultimate DIY challenge surely? Budding Ed Wood’s have access to better filming gear on their iPhone than he ever did – how much worse could your sequel be? And recasting shouldn’t be a headache given that Wood replaced the deceased Bela Lugosi mid-film with his own considerably taller, younger, less-dead chiropractor, hiding his face with a cape.

The Day the Earth Stood Still (1951)
Plan 9’s infinitely more intelligent twin. An alien and his towering vaporising robot arrive to address humanity with a message of good will and a warning about the dangers of playing with nuclear power. Humanity tries to kill them a lot. An atomic age parable that still delivers its payload with devastating effect, even after the Keanu’d remake.

The flying saucer next lands in Switzerland to stop those evil geeks from finishing the Higgs-Boson particle accelerator before it creates a black hole in the middle of the planet. No amount of “Klaatu Barada Nikto” will stop those demented politically neutral, chocolate-munching egg-heads from destroying the whole earth and taking the universe with them.

They Live (1988)
“Obey. Stay asleep. Submit. Buy. Do not question authority.” It’s not the liberals/conservatives/Illuminati who control the media in John Carpenter’s underrated B-movie schlocker, but the aliens – skull-faced faux-humans using subliminal messaging and consumer culture to keep us cowed. That is until a great man with an even greater mullet puts on a pair of sunglasses that lets him see behind the curtain. “I have come here to chew bubblegum and kick ass… and I’m all out of bubblegum.”

Blomkamp and co-conspirator Sharlto Copley had big plans for a sequel… only their dance card is very full for the foreseeable future. They gifted themselves an open goal if they ever did fancy a return to Jo’burg: king prawn Christopher Johnson is due back to help out his kin left stranded on Earth after his three-year journey back home, where he can be expected to bring a) reinforcements and b) a fook-load of that awesome alien weaponry.

Close Encounters Of The Third Kind (1977)
“This means something. This is important.” Richard Dreyfus is the wide-eyed Spielberg surrogate who follows his instincts – and loses his family – as his UFO obsession leads him to an appointment at the top of Devil’s Tower. An early ‘berg masterpiece of wonderment, innocence and mashed potato.

Having been whisked away at the movie’s finale, Close Encounters of the Fourth Kind could see Dreyfus return to Earth to introduce his kids to their new half-brother. Spielberg however has declared himself out of the cute alien business with the likes of War Of The Worlds.

The Adventures Of Buckaroo Banzai Across The Eighth Dimension (1984)
The quintessential 80s gonzo genre-smash, WD Richter’s playfully meta assault on sci-fi managed to befuddle nearly everyone that saw it at the time. This might have something to do with the titular hero being a particle physicist, neurosurgeon, test pilot and lead rocker with the Hong Kong Cavaliers, who somehow manages to accidentally open the doors to the eighth dimension with his latest experiment and allow the evil alien reptile Red Lectoids to attack the Earth.

It’s promised in the totally awesome end credits: “Watch for the next adventure – Buckaroo Banzai Against The World Crime League.” And any man who wears a bow tie like that deserves a sequel.

Event Horizon (1997)
Can we admit this now? Event Horizon is great fun. Paul WS Anderson might have spent the last decade getting flayed by the critics – usually with good reason – but his tale of the spaceship that dimension jumped into hell (and brought a little bit of it back) is full of cheap jumps, expensive gore and in the, er, Latin sequence, one of the last great VHS frame-by-frame moments. Oh, so that’s what they’re doing…

So you’ve got hell. You’ve got the capability to send a spaceship into hell. What do you need to add to that? Space marines. Lots of space marines: Cue eyeball plucking, entrail sucking and enforced watching of The Three Musketeers 3D.

Have we missed any out? Let us know in the comments below which sci-fi films you think are long overdue a sequel.