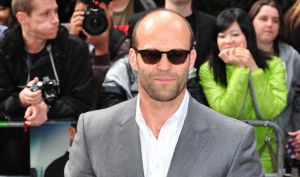 Jason Statham was always determined to be the ”next action hero”.
The ‘Expendables’ 2 star dated model-and-actress Kelly Brook for seven years until 2004 and she was happy to move to Hollywood with him because she always knew he would achieve his career dreams.
She said: ”I knew he was going to do well even then. He believed that he could be the next action hero and I knew he’d make it. Because that was our dream. That’s what we focused on for seven years.”
In 2004, Kelly began dating Billy Zane after they appeared in ‘Three – III’ – also known as ‘Survival Island’ – together and the brunette beauty admits the movie only got a cinematic release because of their relationship.
She said: ”For me that was an exploitation B-movie that should’ve been straight to DVD.
”But they tried to make it into a big-screen release because Billy and I had got together, so there was a bit of publicity behind us.”
Kelly doesn’t get upset when she is hired because of her stunning looks and curvaceous figure because she thinks she should ”embrace” her best assets.
She said: ”I’m not going to be in a Mike Leigh film looking like death with a needle hanging out of my arm. And if I’ve been blessed with a commodity that can open up my world, why not use it? Embrace it.
”I can’t run fast like Usain Bolt. I can’t sing like Mariah Carey. So if people are interested in my body then OK, that’s that. I’m not going to fight against it.”