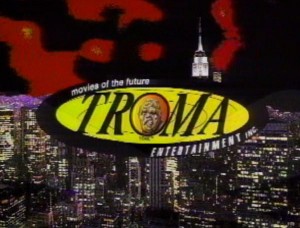 Troma Entertainment is a giant in the B-movie world, creating and releasing tons of movies, including its most famous film, The Toxic Avenger. Company founder and film director Lloyd Kaufman (who has written a guest post for us in the past), recently alerted us to the fact that Troma has recently released 150 of its movies for free on YouTube, including some older films which they just distribute.

So, if you want to watch the 1952 classic, Abbot and Costello: Jack and the Beanstalk, or Bela Lugosi in The Corpse Vanishes or The Invisible Ghost you can. Or you can go for more modern fare like Zombie Werewolves Attack! and Blood, Boobs & Beast… starring JJ Abrams (in case you’re wondering, that’s actually a documentary about Don Dohler, another B-movie creator).

And because I can, I’ll embed that last one here:

Kaufman has shown himself to be a filmmaker who truly understands how the internet can help him, rather than be something worth fearing, so it’s great to see him fully embrace a platform like YouTube to distribute his flicks, and to not freak out about the fact that people can watch stuff for free (actually, to encourage people to watch stuff for free).