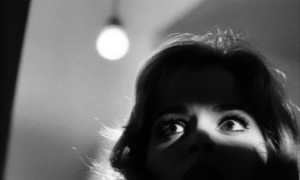 When it comes to shocks, movie fans have plenty of options. You could spend your entire movie-watching life just watching horror movies with big stars, big special effects, and big studios in the credits. But what would be the point of that? Sometimes a lower budget means more creativity and more … “specialness” than you find in a big studio production. Here are 7 B-horror movies-some that got famous, and some that are still obscure-that every horror movie fan should watch.

Speaking of low-budget-it doesn’t get much lower than “Equinox,” an early film from Dennis Muren, who went on to become one of the most successful special effects artists in Hollywood. The story is simple: A bunch of teens go on a trip, and accidentally run afoul of an evil demon. But the special effects, with their quaint, handmade quality, are more fun than 100 big Hollywood blockbusters.

A similar backyard aesthetic permeates “The Deadly Spawn,” a science-fiction horror movie made in the suburbs by a bunch of kids with no Hollywood experience. You wouldn’t know it to look at the titular alien though, which oozes and thrashes well enough for a Ridley Scott production. The acting might not be up to Ridley’s standards, but do you watch movies like “The Deadly Spawn” for the acting?

“The Girl Who Knew Too Much”

girl who knew too much.jpg

Mario Bava almost single-handedly created the giallo film genre with his black-and-white thriller about a young college student who inadvertently finds herself the target of a vicious serial killer. Horror fans will enjoy seeing John Saxon, later of “A Nightmare on Elm Street” fame, in one of his early roles.

A movie with a title like “Blood Diner” is going to cater to a pretty specific crowd. But it’s safe to say that crowd won’t be disappointed by the film’s unique blend of graphic dismemberment and goofy slapstick comedy. It’s basically a MAD Magazine horror parody come to life…or maybe we should say “come to death”? The minds behind “Blood Diner” would probably approve.

Every once in a while, a low-budget indie horror movie hits it big and creates a worldwide phenomenon. That’s definitely what happened in the case of “The Texas Chainsaw Massacre.” And the movie’s lower-than-low budget combined with Tobe Hooper’s singular skills as a filmmaker make an experience that is no less terrifying now than it was before it got famous. How many horror movies can you say that about?

Ed Wood is popularly known as “the worst director of all time,” but anyone who has ever watched his movies knows he’s much better than that. How can movies this entertaining really be called bad? And “Plan 9” features all of his hallmarks as a director: Clumsily placed stock footage, unprofessional performances from “professional” actors, cheap sets, and more. Fun for all ages!

One of the many important jobs done by B-horror movies is providing cheap alternatives to big studio blockbusters. In this case, the big studio blockbuster is “Jaws.” More specifically, this is “Jaws” but with an alligator. Here’s the thing, though: While it doesn’t approach the absolute perfection of “Jaws,” “Alligator” is still pretty good. The gator looks great, the cast is game, and the whole thing has a sly sense of humor you don’t often see in horror movies.