Technique isn’t everything. The crumminess of ’40s and ’50s B movies sometimes made them even darker, as though life were so grim there was no point in expending the effort to give them a little style.

That’s how “The Good Doctor” feels: as blah as a soap opera — which is what it seems, at first, to be.

Orlando Bloom plays an intern having trouble settling into hospital routine. He’s intimidated by the experienced nurses and clumsy at sucking up to the senior doctors who have the power to make or break his career. 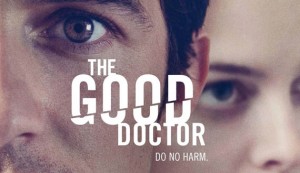 We see him at loose ends in his barren apartment; watch him perk up around a pretty patient (Riley Keough) who’s in for a kidney problem; and witness his discomfort when her parents push him at her overbearing sister.

We see him furtively altering her meds so she’ll stay hospitalized. And only gradually do we realize he’s nuts.

Written by John Enbom and directed by Lance Daly, “The Good Doctor” regards everything from the young maniac’s point of view, so the focus of suspense becomes not what he’ll do next but whether he’ll be caught.

It’s icily superficial, showing us little about him but his anxiety and practically nothing about anyone else.

The idea of a doctor sabotaging a patient is so unsettling that the picture has the power to make you squirm and sweat. But it’s no fun. It doesn’t give you anything but the creeps.