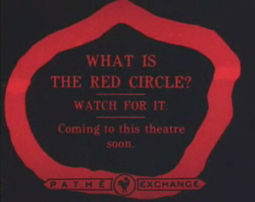 Evelyn Watters always loved watching the coming attractions before a movie. She works in advertising, so she’s always had respect for the craft, but something about the business bugged her.

In response to this injustice, Watters set out to launch an awards show just for trailers: The Golden Trailers Awards.

They give out trophies for anything from best voice over to best use of music, and Watters says the show itself is fast-paced and chock full of clips, just like the movie trailers it honors.

“That’s how we earned the nickname The Academy Awards for the short attention span from the Wall Street Journal,” she said, laughing.

In the 13 years that Watters has been running the awards show, movie trailers have gone from being passively watched in theaters to something people actively seek out online.

“And partly it’s because we have our phones now and we are waiting in line for the bank. We can watch a quick trailer. They can fill our downtime. It’s just that easy,” said Watters.

It wasn’t always that easy. Jump cut back to the early 1900s.

Robert Birchard from the American Film Institute says trailers back then were hardly the adrenaline-inducing barrage of images we know today. In fact, they were mostly an afterthought.

“Often in those early days because duping stocks weren’t very good the trailers would be made up of out-takes and whatever scraps were left around,” said Birchard. “So they weren’t necessarily the most exciting or even the best scenes of the film.”

It didn’t matter though, says Birchard. In those days most towns were lucky to have even one movie a week, so audiences weren’t picky.

As the industry grew, the trailer became a sort of post card from the set. Famous directors like Alfred Hitchcock, Cecil B. DeMille or Orson Welles would personally vouch for their latest work.

“In those days, a lot of film makers who wanted to do bigger and better films ended up doing trailers through no fault of their own, and they brought a filmmaker’s sense to making trailers,” says Birchard.

That’s how the modern age of movie previews was born.

Not Just A Marketing Tool, But An Art

Some film schools even offer classes on trailer editing, and in addition to award shows like the Golden Trailers, there are critics who specialize in previews.

Marc Fennell is one of the co-hosts of the web series Coming Sooner. He recently reviewed the teaser for next summer’s Superman movie.

“It’s kind of interesting, I spent eight years as a film critic and at a certain point, it became kind of fun to go, ‘why bother reviewing the whole movie when you can just review the trailer?’ It’s such an incredible art form,” said Fennell.