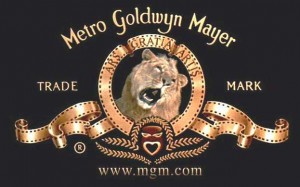 The current and enduring IPO wave isn’t only for recently minted tech companies. A successor to one of the oldest of the old-line Hollywood studios, MGM Holdings, has filed a preliminary prospectus as a first step in a possible IPO that could bring in roughly $3 billion. MGM emerged from bankruptcy only a scant few years ago; could it really be in strong enough shape to go public?
More plot twists than a two-hour movie
MGM (taken from the initials of its three component studios — Metro, Goldwyn Pictures, and Louis B. Mayer Pictures — fused together in a 1924 merger) was a major Hollywood entity for decades. In the early days of sound films, it became known as the studio that produced lavish, sweeping movies that had a knack for finding mass audiences. Nearly everyone has seen at least one of the studio’s productions from its heyday, be it The Wizard of Oz, Gone With the Wind, or 2001: A Space Odyssey.
The movie business is a tough one, and by the late 1960s the studio had fallen on hard times after bankrolling expensive flops like 1962’s Mutiny on the Bounty. In 1969, casino king and financial speculator Kirk Kerkorian bought the company, not least to gain control of the many acres of valuable Los Angeles real estate the studio owned. He promptly started to sell that land, and MGM’s film output was reduced from a steady flow to a trickle.

For years, ownership and control bounced between the restless Kerkorian and others in and around the entertainment industry. These included Ted Turner and corporate gadfly Carl Icahn, who tried but failed to merge it with another Hollywood player he had a stake in, Lions Gate (NYS: LGF) . MGM took various organizational forms over that time before settling into what was essentially a distribution and rights company with a big film catalog.
Finally, in 2004 a consortium including Sony (NYS: SNE) and Comcast (NAS: CMCSA) got its hands on the company for $5 billion , folding it into a new umbrella entity, MGM Holdings. That high price tag meant a lot of debt, though. Despite having name stars wrapped up in deals and holding the rights to strong franchises such as the James Bond series, the consortium just couldn’t reduce the debt pile sufficiently, and in 2010 MGM filed for bankruptcy protection. It’s now in the hands of its creditors.
James Bond and Frodo go public
This is why there’s probably strong will among MGM’s current owners to float an IPO of the company — those creditors probably want their money back, plus some on the top if possible. Since the bankruptcy, MGM seems to be doing reasonably well; it was profitable in its most recent quarter, netting $43 million on $128 million in revenues. It also finished the period with nearly $275 million in cash and no debt, although since then it’s borrowed nearly $300 million. Much or all of these combined funds will go toward its commitment to buy out Icahn’s 25% stake for $590 million.
Since bankruptcy, the company has managed to creep slowly back into film production. It’s co-financing several big upcoming releases, including the next James Bond offering, Skyfall, and a pair of long-awaited Lord of the Rings prequels, The Hobbit: An Unexpected Journey and The Hobbit: The Desolation of Smaug. The production costs of the former will be shared with Sony, while the new Tolkien adaptations are co-productions with Time Warner (NYS: TWX) subsidiary Warner Bros.
Assets aplenty
The new Bond and the first Hobbit are both coming out later this year, so if an IPO were launched within the next few months the timing would be auspicious. MGM’s asset list is long and strong, as it owns the rights not only to past and present 007 films but also has a huge library of around 4,100 movies. This should satisfy investors who like steady and reasonably predictable cash flows.
Also, the company is deeply involved in TV, operating the MGM and Impact cable channels. With Viacom’s Paramount Pictures and Lions Gate as partners, it also has a stake in Epix, a premium subscription movie channel.
The MGM brain trust is being coy about its IPO ambitions. The SEC filing is an under-the-radar move made possible by the recently passed JOBS Act, which allows companies that make less than $1 billion in revenue annually to file preliminary prospectuses confidentially to the enforcement body.
We’ll see whether this early move results in a share issue. The smart money is on “yes,” considering that the company’s current shareholder list includes burned creditors, it has two tentpole films about to hit movie screens, and … oh, yeah, it’s hired JPMorgan Chase (NYS: JPM) and Goldman Sachs to lead-manage that potential IPO. Like James Bond taking a meeting with M or a Hobbit leaving home, the involvement of those firms usually portends the telling of a big story.
Like a large-scale stock listing, for instance.