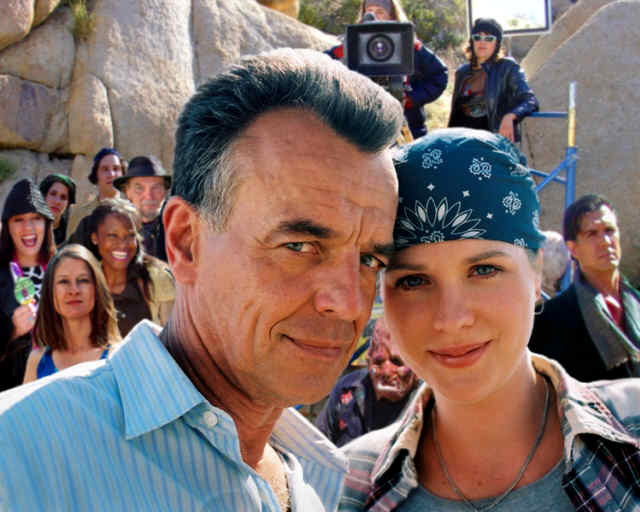 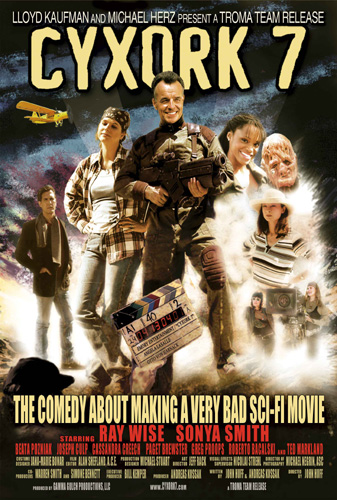 Will the Thrill:  You wrote 3 episodes of the classic series Kolchak: the Night Stalker (“The Sentry” “Mr. R.I.N.G”. and “Bad Medicine”); can you talk a little about your experiences with that show (one of my personal favorites)?

JH: Thanks, Will, it was one of the luckiest experiences of my life to be able to break in on that show.  Darren McGavin had seen a spec script I had worked on with my writing partner, L. Ford Neale.  Darren liked that script enough to give us a chance to pitch for his new series being built around the wildly successful Nightstalker TV movies.  We worked with Paul Playdon, David Chase and ultimately Cy Chermak but always under the guidance of the McGavins.  We were lucky.  McGavin could dismantle and reassemble a script idea with the best of them.  It was always better after his transfusions.  “Bad Medicine” was the first.  We got to go on a Nightstalker set at Universal and, of course, we were like fools going to the circus the first time.  Neon signs above us that said, These dorks are new!

I, like the giraffe at the party, opined to Cy Chermak that Richard Kiel (I only knew him from his Thriller appearance and the “To Serve Man” episode of the Twilight Zone) would make a neat Diablero-witch-monster for our upcoming episode.  Cy crisply informed me casting decisions weren’t the prerogative of  writers, which I knew, but, interestingly enough, Richard Kiel got the part.  That was a lesson to me.  Make the pitch.  All they can say is, No. But then they still might do it anyway.

“Mr R.I.N.G.” was re-concocted in the home of the McGavins, Darren and Kathy.  I remember somebody holding a brandy snifter the size of a volleyball.  Since we were doing Frankenstein, Darren, asked if we knew what the original Mary Shelly novel named the monster.  He had asked that question for years, he said, and no one ever knew.  “Adam,” I blurted.  McGavin held me in awe for a nano-second.  I didn’t reveal I had learned that literary fact from Forrest J. Ackerman’s Famous Monsters of Filmland. (I recounted this incident to Mr. Ackerman years later.  He laughed.)

“The Sentry.”  Ohhh, what it’s like to write the last episode of a canceled TV series.  Jump the Shark my ass.  One P.A. openly drank vodka from a bottle.  He then said, in perfect French, “Ou et le docteur? (sic) – (Where is the doctor?)” and chugged some more vodka.  It wasn’t pretty.  We had been invited to the set by Darren that day. It was part of his education for us.  The respected Seymour Robbie came in to direct.  The entire episode is done in the lobby and parking lots and garages of Universal.  The Black Tower has never been so revealed in its nether regions.  I wanted better makeup for the monster.  But that really didn’t matter. 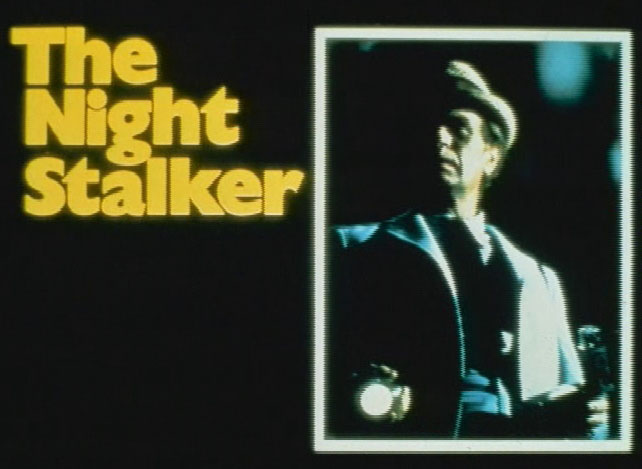 Thrill: Here’s an admittedly broad and simplistic question, but given the uniquely personal quality of the material, I gotta ask: what was the inspiration for Cyxork 7?

JH: It was this:  Andreas Kossak and I met on the set of The Howling 7: New Moon Rising.  That should explain everything.  If it doesn’t, I invite you to view the film.  But then I will truck no surprise or amazement from you.  You either know the reputation of this movie or you don’t.  It’s not my responsibility to shepherd you.  I act in that movie.  I’m in it for almost 30 minutes total.  I’m no actor and I have The Howling 7 to prove it.  Joe Bob Briggs called me the “Lawrence Olivier” of The Howling 7.  When Joe Bob Briggs held forth with the Olivier assessment on the Nuctcracker Cable Network or whatever it was, some of my relatives immediately called me long distance.  They hadn’t phoned in years and have not done so since then.  When Ray Wise acknowledged he had seen Howling 7, I ran and hid. The profoundness of the Howling 7 experience defies words.  It is a permanent tattoo on my soul.  Somehow, the silent screen actor, Jack Huff, got listed in imdb as… me… acting in The Howling 7. After all those years.  From working with Mary Pickford to Howling 7. That’s some career arc for old Jack.  I confess, I approved this error in imdb and even perpetuated it.  However, it didn’t fool Joe Bob Briggs nor did it fool the Phantom (Joe Kane) of VideoScope Magazine.  What can I say? I owe everything to The Howling 7 because it was there that I met Andreas Kossak. 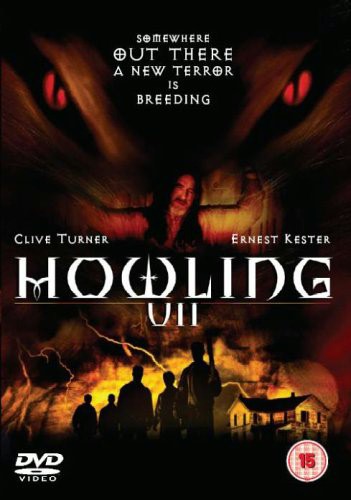 JH: Only the night we were shot at by the neighbor over-dosed on Coors-Lite.  Our whole team was cool.  Beata Pozniak was very stout.  “Small arms,” she said.  “That’s nothing.  We heard this all the time in Poland.”  The night scene between Sonya Smith and Cassandra Creech is that night.  Both actors were cool.  We got the scenes.  The rest of the time, it was almost like a big party.  Sometimes it was called, “Club John.” 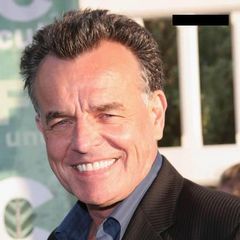 JH: Total awe.  The man is seamless.  Always prepared.  Always supportive of his fellow players.  Once I knew Ray would riff with his icon status and thereby comment on franchise-acting in general, I knew we had a singular opportunity.  One of Ray’s gifts as an actor is his awareness of “the little things.”  His riffs on acting, as he plays a troubled actor, are remarkable for their insight and revelation.  I felt privileged to witness it. When he said of Kommander 88, “I know that guy,” he wasn’t kidding.  It was rare opportunity for Ray to comment on life in general and acting in particular.  As a director, I just kept thanking him for what he was showing me.

RW: As we speak, Liz Jereski our casting director from Cyxork, is pitching a script in a preliminary casting test.  We have finance but not enough for this person. It’s going to fly on the script or not at all.  We are small fry.  But we do have a bona fide deal with Troma and we have gotten some rave reviews and Bill Gibron in USA Today put us on his Ten Best List:  “The Ten Best Films of 2008 You Never Heard Of.” Ryko working with Lloyd Kaufman and Michael Herz at Troma have done a valiant job.  We have credibility from Santa Monica to Uzbek.  We’re indie filmmakers and we wouldn’t have it any other way.

“WHAT’S REALLY  IMPRESSIVE  IS THE SHEER  AMOUNT OF COMEDY THEY PACKED INTO “CYXORK 7.”  ALL IN ALL, A FREAKING WOW!!  IT’S A BEAUTIFUL LITTLE PACKAGE CONTAINING JUST ABOUT EVERYTHING YOU COULD ASK FOR FROM A MOVIE.”
STEVE ANDERSON, FILM THREAT

“PART COMEDY, PART SOCIAL COMMENTARY AND PART TWO FINGERS UP TO THE HOLLYWOOD MACHINE. FUNNY, REFRESHINGLY ORIGINAL AND A DAMN FINE SCRIPT.  “CYXORK 7” IS CERTAINLY AT THE  TOP OF MY ‘MUST SEE’ LIST OF MOVIES.” – DARREN REA, EDITOR, SCI-FI-ONLINE MAGAZINE [U.K.]”

“HUFF’S HOLLYWOOD HATFUL OF HATE IS SMART, DARING, AND  ACERBIC AS A RETIRED FILM CRITIC.  A WONDERFUL CAST PERFECTLY IN TUNE WITH HIS TIRADE, AND A SUBTEXT THAT SUGGESTS THE CHEW ‘EM UP AND SPIT ‘EM OUT ASPECTS OF CELEBRITY, “CYXORK 7” IS SOMETHING QUITE UNEXPECTED.  WHEN STAR RAY WISE GOES INTO FULL SMARM MODE, HE MAKES BRUCE CAMPBELL’S CLUELESS CHUTZPAH LOOK LIKE CHINBONE CHILD’S PLAY.”
BILL GIBRON, POPMATTERS

CYXORK 7 opens May 15 in these select theaters, courtesy of Monogram Releasing: 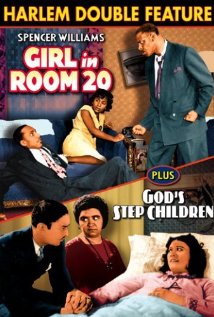 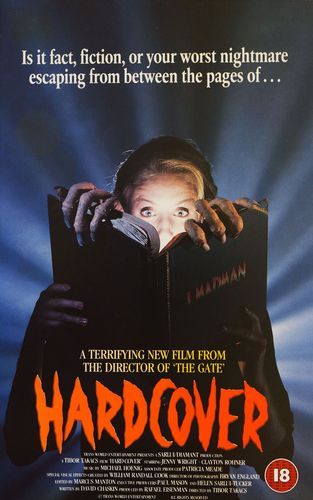 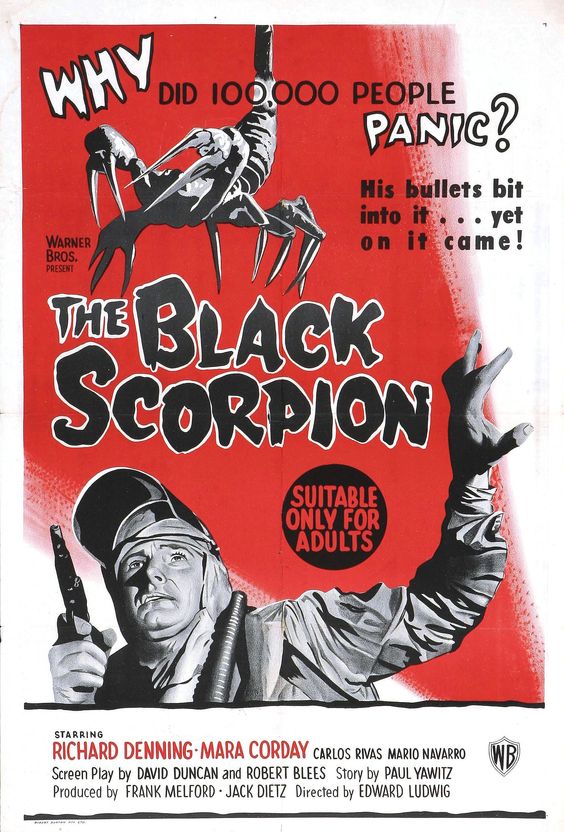