Funny, sexy black comedy shot by “King of the B’s” Roger Corman on a landmark budget of 27 000 and in landmark time of only 2 days! Its the funniest movie i’ve seen from 1960 or before, and between this fact, the fact that it is black comedy, and the fact that it has the charm and lack of pretension of a cheaply made horror movie, its no wonder it has such a huge cult following. 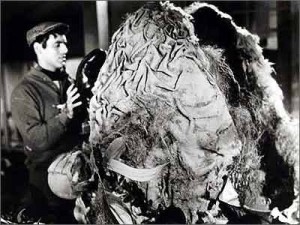 It has the incredibly sexy Jackie Joseph, one of the most buxom lasses i’ve ever seen, and many risque scenes, which, along with the jazzy soundtrack and black humour, give this a much freer feel than any studio picture of the era, or any picture before. Its humour hasn’t aged a bit – and feels quite modern compared to most humour of the day. 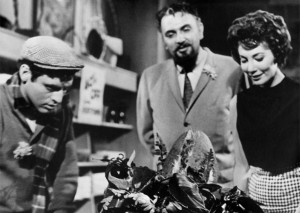 As an added curio, this features Jack Nicholson in his first ever appearance in a feature film (he was in one short film before it), as the nerdy, masochistic patient who squeals with delight when the dentist is drilling holes in his mouth and pulling teeth. Though its only a five minute part, its a great part. 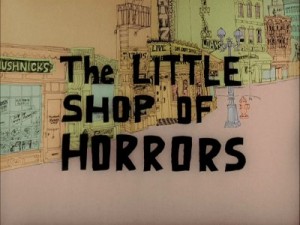 The movie is filled with an edgy humour that the remakes (including the broadway musical, which the 1986 film was based on) are too conservative for. I thoroughly recommend it to you.

Corman went on to become one of the most important producers of the century, since he provided opportunities to many young filmmakers in the 70’s, whose projects the major studios would never have invested in, and so we would have been deprived of the talents of Peter Bogdanovich, Francis Ford Coppola (The Godfather, Apocalypse Now), Martin Scorcese (Taxi Driver, Raging Bull), Jonathan Demme (Silence of the Lambs) and many others. Corman taught them how to just go out and make a good movie, and make it cheaply – and his major qualification to be able to teach them this, in my opinion, is that he made Little Shop of Horrors.