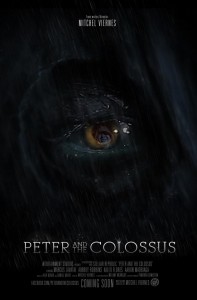 B movie creature films don’t always need to have destruction and horror.  Though, there will be some craziness in this film, but overall the upcoming film “Peter and the Colossus” is a family oriented film.

“Rachel, a young woman who was estranged from her family for several years, returns home to take care of her little brother Peter after the sudden passing of their parents. Ever since the traumatic experience, Peter refuses to speak, making a social connection with anyone extremely difficult, including his sister. Between work, finances, and trying to handler her own love life, Rachel finds making a connection just as much of a challenge. Things change when Peter turns to the forest near his house as a means to escape the real world, and it is there he meets a tree giant. Despite the verbal barrier and obvious difference in size, the two form an unlikely friendship.” 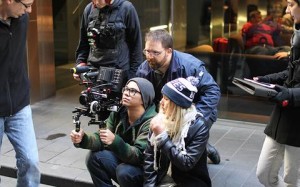 Mitchel Viernes has been writing and directing for about five years now and he started up his own production company Intertainment Studios who along with Melany McAngus produced “Peter and the Colossus.”

One of the great things about Mitchel is that he’s very interactive with the fans.  Throughout filming he wants to keep everyone in the loop and has a vlog sharing updates and behind the scenes footage. 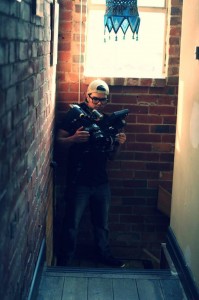 Of all the shorts that you wrote and directed, what made you want this specific one to become your first feature film?MITCHEL: I constantly have different stories going around in my head that I have written down in my idea journal, and “Peter” was one that I had developed about 2 years ago while on a backpacking trip through New Zealand. I’ve always considered myself rather ambitious, and really wanted to tackle making a feature-length project, and knew that this was the story I wanted to tell. The film really has a lot of inspiration from some of my favorite movies, so in a way I almost felt like it was my homage to those films, similar to JJ Abrams “Super 8” was a sort of homage to classic Spielberg films. 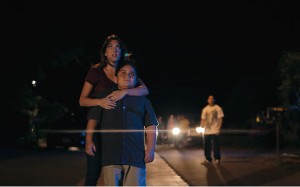 Being your first feature film written and directed by yourself, how has the experience been?
MITCHEL: It’s been a truly incredibly journey and as always from any project, I’ve learned so much along the way. At times things were a little rocky, but that’s expected with doing a feature on such a shoestring budget. I’ve really been able to collaborate with a lot of amazingly talented people through this, and I believe that’s been one of the greatest rewards from it. So many people, even now, are working together to get this film finished well.

Can you tell us where the concept of the Tree Giant originated from and the design of it?
MITCHEL: As I mentioned briefly earlier, the vision of the tree giant first came to me when I was on a backpacking trip through the South Island of New Zealand. The different trees each had such character and I could often imagine what they’d look like if they came to life. Interestingly enough, some inspiration also came while I was watching David Attenborough’s documentary “the private life of plants”. 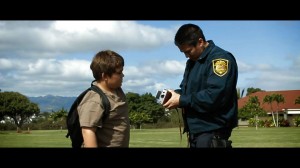 What festivals will “Peter and the Colossus” be playing at and when will it be available?
MITCHEL: Right now I’m working hard to have the film finished in time to be submitted to the Hawai’i International Film Festival, but I will be submitting to as many festivals as I can around the country. Sometime in either late July or August, the film will also planned to have a world premiere at a local cinema in Hawai’i. 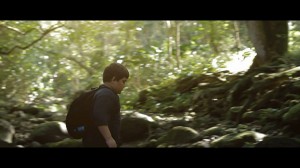 As you’re completely focused and spending all your time currently on “Peter and the Colossus” are there any plans of another film?
MITCHEL: I’ve always got a plethora of ideas ready at hand, so I could easily head to my idea journal and pick one if I wanted to start another project soon. However, after nurturing “Peter and the Colossus” for the past two years, I know it may be a while before I tackle anything feature length. Plus even after the film is completed, I’ll be spending much of my time continuing to market and distribute it to where I can.

Best way to keep current with Mitchel and “Peter and the Colossus” is by following the official Facebook page.