Kimberly Jesika has been hustling and bustling in Hollywood for nearly twenty years.   She has so many credentials gathered throughout the years.  Most recently Kimberly has announced the production of a very personal and dear film to her, the animated 3D film Beautiful Danger.  This animation feature film will be packed with excitement, action, dire situations, and humor that will be enjoyed by all ages.

Recently Emmy Award Winner Ron Noble from the Rug Rats signed on to Produce Brown Girl Animated 3D Feature Film Beautiful Danger. See below for renderings of some of the characters in Beautiful Danger.

After an ancient war nearly eradicates all civilized life, a packed between two warring factions known as “The Shape-­‐shifters” and “The Sorcerers”, a pact is made where both sides agree to disarm themselves of their powers. The head of each family contain these powers in a crystal ball known as a “Vortex”. The Castle in which this meeting takes place is immediately sunk into the ground below, where a race known as the “Pixies”, a neutral party in the war, decide to hide the castle and its contents under a school that named Dark Oak Academy.

Our central characters are Tyler, Kimberley, Amber, Stefan, Chloe, and Henry, all whom are presumably normal teenagers, who cannot wait for the Dark Oak Academy Prom. On Tyler’s first day at Dark Oaks Academy, she meets Brooke. Brooke is the stories primary antagonist and bullies Tyler during her first day at Dark Oak Academy. Kimberley intervenes with the bullying, and Tyler and her become close friends.

During a prom in the gymnasium of Dark Oak Academy, Brooke and her goons attack the group, where Brooke finally reveals her plan to capture the “Vortex” and its powers for herself. During this fight Amber reveals that she was aware all along that Kimberly and Tyler both have hidden abilities, and they then use these abilities to defend themselves against Brooke’s onslaught.

After being punished for the destruction of the prom, all parties involved in the scuffle are ordered to clean up their mess in the gymnasium. The Principle of Dark Oaks Academy, who reveals the importance of not using their “Powers”, carried out this order.

The group eventually fails in their attempt to stop Brooke from obtaining the power within the “vortex” hidden under Dark Oak Academy, despite the fact that their friend Chloe was trying to warn them of the impending plot carried out by Brooke.

Kimberly is a Senior Entertainment Correspondent & Creative Producer for the hit TV Show Retro Rockit which can be seen on Thursdays on ODY 16 at 730 PM PST. A Fox News Affiliate and America One Television Networks. Odyssey TV is available in 16 states throughout the United States of America with the largest concentration located in Southern CaliforniaKVVB TV on channel 33, and RMTV Which is an internet-only TV network available soon on PrismTV, Roku and the web. (Airplay varies by R.O.S.)

Kimberly is a multi-faceted artist that is a former Celebrity PR chic. She owns her own Animated Film Production Company.

Kimberly has Interviewed Celebs, is a Journalist for several major news mediums, a Graphic Novelist, and a Songstress.

Kimberly knows what it takes to stand out from the crowd, and become famous for the awesome things you do, by being an Honorable Celebrity Interviewer, she focuses on the awesome things Celebrities do, instead of the negative gossipy hurtful trash.Kimberly started her PR career back in 1995 In California. Kimberly has had clients on CNN TV NEWS, PEOPLE MAGAZINE, LA TIMES, NBC, ABC, CBS and CTV (CANADA’S VERSION OF GOOD MORNING AMERICA) and more. Up to but not limited to Red Carpets in Hollywood.

Keep updated with Beautiful Danger and Kimberly on her sites along with the Indiegogo page. 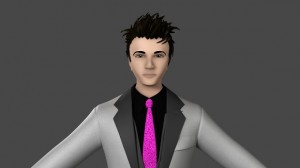 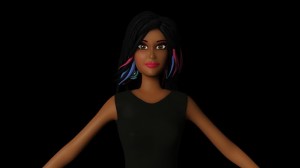 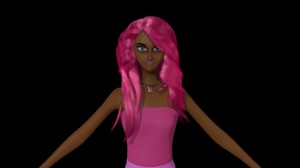 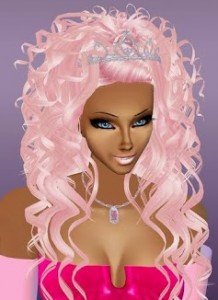 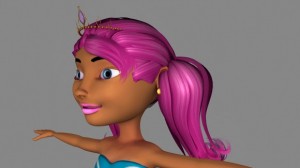