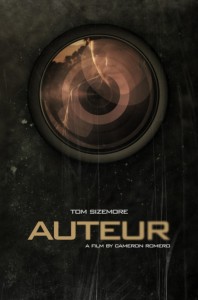 On the brink of reaching the pinnacle of his film career for his latest theatrical masterpiece; Director Charlie Buckwald suddenly disappears. Taking all of the footage and leaving virtually no trace of his existence. Soon to follow are the sudden deaths of his film crew and pieces of evidence that all point to one incident on set. Intrigued by the strange coincidences, documentarian Jack Humphreys decides to investigate the circumstances that surround both Charlie and the untimely events. What he unearths, however is far more sinister than he would be ready for.

Director George Cameron Romero has been working in films for years and building his directing resume.  Auteur is Romero’s most recently completed film which was done in a documentary style.  He did occasionally utilize some standard filming for a more in-depth look into the characters and story which helped the audience get a clear understanding of some critical background information.  Of course Romero had a great script to work with that was written by James Cullen Bressack, JD Fairman, and Michael Sean Gomez. 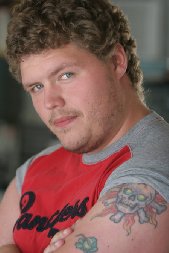 We first meet documentarian Jack Humphreys, played by B.J. Hendricks, who has starred in multiple films directed by Romero.  Jack is determined to find director Charlie Buckwald played by Ian Hutton, an ideal fit for a filmmaker role with his looks and acting skills. 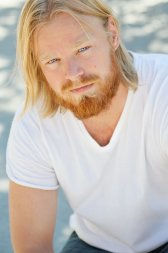 Jack interviews cast and crew members of Demonic, the film Buckwald was making.  Some of the most intriguing interviews were when Jack talked to fan favorite, veteran actor, Tom Sizemore, who also starred in Romero’s film Radical.  Sizemore is interesting to listen to when he speaks about Buckwald’s film and does an amazing job convincing the audience that Auteur is a legitimate documentary. 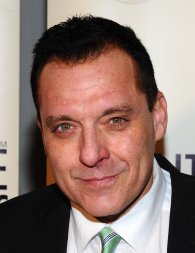 Most of Buckwald’s fear stems from the Demonic actress Kate, played by Madeline Merritt, who did a great acting job and has alluring looks that made her perfect for the role.  According to other cast and crew members interviewed, Kate’s personality drastically changed for the worst throughout filming Demonic.   Jack strongly pursues Kate knowing she was a key contributor to Buckwald’s disappearance.  He also appears to give in to Kate’s seductive ways or probably is just using her to get the whereabouts and information about Buckwald. 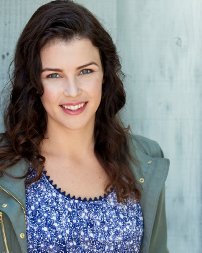 Once Jack succeeds and finds Buckwald, he is curious and assertive to find out more about him and what happened during the filming of Demonic. As reluctant as Buckwald appears to be, he also seems to want to get Demonic out of his life to release him from the nightmare.   After building Buckwald’s trust Jack and him sit and have an in-depth conversation.  As Jack gets closer to getting Charlie to open up and show him the footage, it becomes more evident that Jack is mainly doing the documentary to boost his own career, but little does he realize how much danger he is getting himself into.

A vast majority of everything that went wrong with the filming of Demonic, funnels back to one scene.  What happened to Kate during that scene? Was it an isolated event, or was it just the beginning? Does Jack get everything he wants, what’s next for him and what happens to Buckwald? At the climax of the documentary, everything unfolds and we find out exactly what happened, which is a powerful and frightening scene.

Auteur is a gripping documentary style film with a quality cast that keeps you curious and anxious to find out the truth about Charlie Buckwald and his film Demonic.