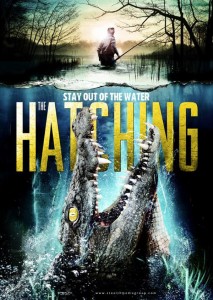 Directed and written by Michael Anderson, The Hatching is a crocodile creature film that used four actual crocs for the filming, in addition to a couple mechanical ones.  That alone will gain respect and interest amongst fans of genre films.  The Hatching is a British film continues that’s currently in postproduction. 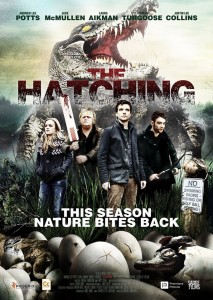 From The Hatching website:
“The Hatching” is an independent British film intended for worldwide theatrical release. The film is fully developed and near completion of Principal Photography.

The film is a Dark Comedy/ Horror set in the Somerset Levels and tells the story of Tim Webber, a teenager at boarding school, and his friends Baghi and Nick, who decide one night on a dare to sneak out of their dormitory and steal crocodile eggs from a nearby zoo.

Things take a tragic turn when the plan backfires and Nick ends up being killed by a crocodile. The police on the scene catch Tim and he is expelled from school while taking the rap for Baghi.

Here is the recently released trailer. 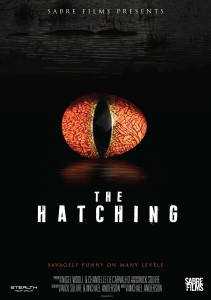