Michelle (Charisma Carpenter) is a divorced single mom and it’s clear that she struggles to be satisfied in bed with either of her boyfriends, one being George (Mark McClain Wilson) and the other Bob (Battery Operated Boyfriend). To add to her frustrations she works for her dad Walter (Daniel Baldwin) and the company is on the verge of selling and closing its doors permanently. 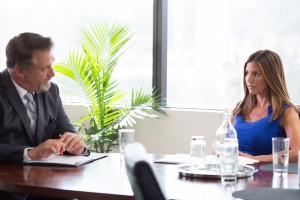 When she meets a dominant Ryan (Bryce Draper) it’s not long before their uninhabited wild sex journey begins. Carpenter was perfect for the role of Michelle, she has the pretty mother and business woman looks, but also great at playing a beautiful submissive role. Draper has the looks that women want and is able to use his handsome and alluring looks to nail the role of being a Master. 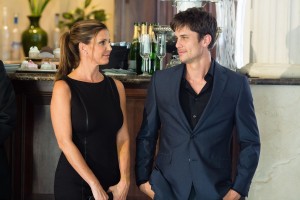 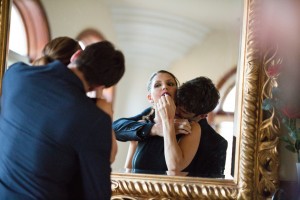 As the master and submissive relationship builds between Ryan and Michelle, things get more exciting for her. After a while of unchartered sexual territory for Michelle, Ryan starts to take advantage of his master role. Michelle starts to question whether he’s worth the excitement along with the growing concern about her own safety. As tension and conflict builds, Michelle wants out of Ryan’s world, but Ryan won’t go quietly and he crosses the line with Michelle’s daughter Dara (Morgan Obenreder) which forces Michelle to take some drastic measures.   The entire ordeal transformed Michelle from a lonely, divorced, single mother into a determined, courageous, and highly successful business woman…..she now is the Master. 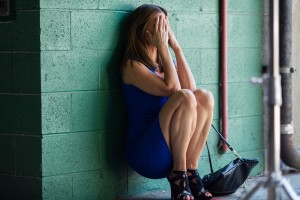 Bound not only is a very entertaining movie, there are several lessons learned from it:
* Do make business decisions while being chained up and spanked.
* Do not have sex in the bathroom during an Alzheimer’s benefit.
* Do not use pocket vibrators when talking to business partners. 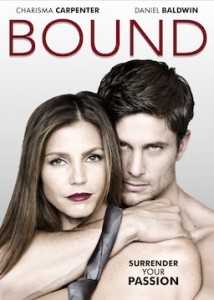