An unstable mental patient goes on an overnight rampage to terrorize an ex-rock star and his friends, only to discover she is linked to him in mysterious ways.

Mia is a mental patient haunted by a disembodied voice who claims to know how to find her missing son. She escapes from the psych ward where she resides, assuming that her child is being held captive at a house occupied by an ex-rock star, Brad, and his friends. Convinced that Brad is her estranged husband responsible for abducting her son, Mia imprisons him and his friends in the house, forcing them into an inescapable nightmare filled with horrifying consequences. As the night progresses and the body count rises, secrets will be revealed. Brad and Mia unearth a dark connection between them that will alter their lives forever. 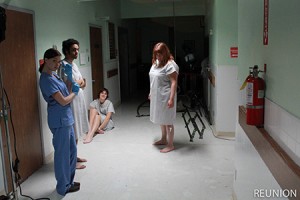 Reunion is a co-production between ACH Reunion and MOnsterworks66 with Shawn, Precious Hilton, Thelonius Alexander and Maria Olsen producing. 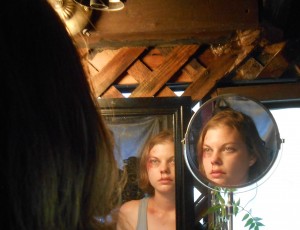 The premise and conflict is clearly set up in the beginning, along with introducing the main characters. In addition the audience is provided with the critical background information about Brad (Jack Turner). It’s obvious he had a rough childhood that is still affecting him today. Turner does an excellent job playing the role of a washed up musician trying to get back on his feet and live a normal life. Then there’s Brad’s girlfriend Carly (Sarah Schreiber) who is a nurse in a mental hospital and caring for Mia (Maria Olsen). Sarah Schreiber has the looks and talent and was amazing playing the compassionate, smart, and beautiful Carly. Maria Olsen stars in endless films, many being horror and she is a perfect fit for the role of Mia. Brad, Grant (Reign Morton), and Tamryn (Cara Santana) are close friends in the film and work together under pressure and pain, trying to solve the mystery while trying to escape danger. 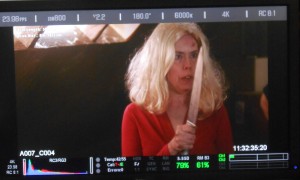 In general Brad’s backstory and music career makes the film intriguing especially because he is complimented by Carly, who is so likeable that you hope everything turns out alright for them. What makes the film gripping is that you know the lunatic/killer is Mia and that there’s a connection, but you don’t know why and want answers. Even some of the unnerving graphic scenes have a connection to the past, which is revealed when the time is right. 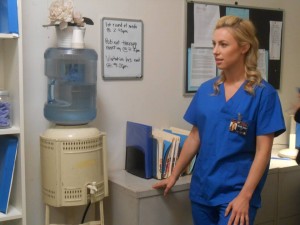 In some chilling scenes the tension is built up by quick cuts between the weapon, victim, perpetrator, and witness up to the shock moment. The film captures the actors and actresses reactions at the right moment and the entire cast did an exceptional job expressing their emotions, especially in frightening scenes. It made the audience feel involved with what the characters were going through. Most of the settings are dark and shadows create a chilling situation, one being a casted shadow of the killer and barbaric weapon on the stair wall in the distance. Add the suspenseful music and the scenes make for an intensified horror moment. 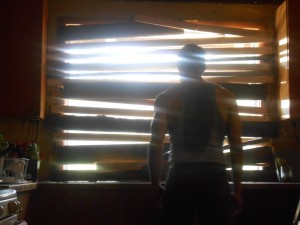 As the climax approaches, things begin to unravel and the film reveals details which include involvement from characters you didn’t expect. Once all the details are exposed, many things tie together justifying actions and events. The final scene may be a surprise to the audience, however considering the experiences throughout, most will understand why.

Reunion is an astounding psychological thriller filled with horror and mystery that gets into the lives and minds of the characters.