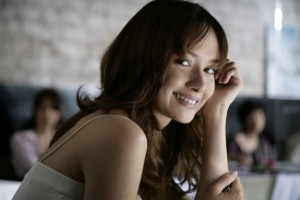 The stunning actress/model Sara Malakul Lane has been starring in more and more films each year and her fan base is growing exponentially. Filmmakers want her in their films as she thrives on challenging roles and her costars love working with her. Erin O’Brien is just one of many actresses that enjoys working with Sara, “I absolutely love working with Sara, she is not only incredibly talented she is also one of the sweetest people I know and so easy to work with.” She’s more than a beauty in films, she’s an exceptional actress that’s a team player and yet Sara sincerely says she’s just a regular girl. 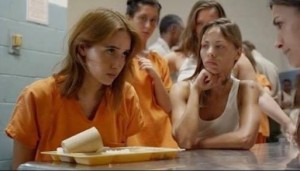 Producer Gabriel Campisi also works with Sara often, “I’ve worked with Sara on several films, and I consider her one of the most amazing and talented actresses I have ever met. She’s also the most down-to-Earth person you will ever come across. Her smile and her passion for her craft is contagious. She’s on the fast track to A-list stardom, and it couldn’t happen to a nicer person. Keep an eye on her, because you ain’t seen nothin’ yet!”

In her upcoming films, she stars alongside Jean-Claude Van Damme in Kickboxer: Vengeance, directed by John Stockwell. In Beyond the Gates she costars with Brea Grant. Sara stars in the drama/romance Wishing for a Dream directed by Jared Cohn. She also stars in films with Dolph Lundgren, Sarah Hagan, Evan Jones, Eric Roberts, and Ciara Hanna just to name a few. 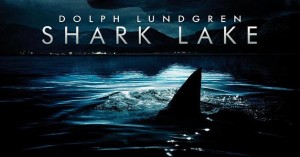 Shark Lake:
Sara stars with Dolph Lundgren in the highly anticipated Shark Lake which is due out October 2, 2015 on VOD and in limited theatres.
Shark Lake was an exciting role for Sara as she tells, “It’s the first time I play a cop which was super fun. We shot the film in Mississippi earlier this year. It was nice to play a tomboyish character, no makeup totally unglam, gun slinging, shark fighting. There was a lot of swimming and boat scenes too. This was a dream role for me because Jaws is one of my favorites, Shark Lake is kind of a throwback to that, where a shark is scary enough as a shark.”
Check out the trailer here: https://m.youtube.com/watch?sns=fb&v=uU_ZvIup-3Y 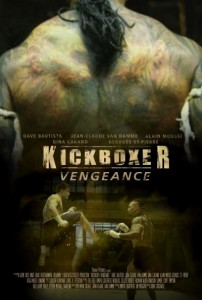 Kickboxer: Vengeance:
A reboot of the classic that made Jean-Claude Van Damme an international superstar, KICKBOXER follows Eric and Kurt Sloan, the descendants of a well-known Venice, California-based family of martial artists. Kurt, the younger of the two, has always been in his brother Eric’s shadow, and despite his talent has been told he lacks the instinct needed to become a champion. But when Kurt witnesses the merciless murder of his brother at the hands of Muay Thai champion Tong Po, he vows revenge. He trains with his brother’s mentor for a fight to the death with Tong Po. At first it seems impossible to turn Kurt into the living weapon he must become to beat Tong Po, but through a series of tests and dangerous encounters, Kurt proves he has a deeper strength that will carry him through to his final showdown with Tong Po.

Wishing for a Dream:
Actress Mika Andrews and her filmmaker boyfriend Louis Digman struggle through the trenches of the entertainment industry to succeed in “Hollywood.” Told in raw documentary style, the camera chronicles Mika’s journey through Los Angeles, going to auditions and trying to make her mark in front of the camera. Louis’s story shows his struggles behind the scenes as an up-and-coming writer-director. The film also follows their ups and downs as a young couple, supporting each other through the stresses, hopes, desires, disappointments and Mika’s crippling insomnia, as they try to make ends meet and pursue their dreams in an often heart-breaking industry. 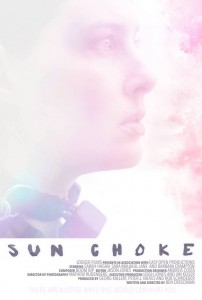 Sun Choke:
Janie’s just trying to get well. As she recovers from a violent psychotic break, she’s subjected each day to a bizarre holistic health and wellness regimen designed, and enforced, by her lifelong nanny and caretaker. But when she develops an obsession with a stranger, Janie’s buried demons begin to surface.

Some other recent films with Sara:
Beyond the Gates
Pernicious
Jurassic City
Buddy Hutchins
Cowboys vs Dinosaurs
Scouts Guide to the Zombie Apocalypse

Sara is very involved with her social sites, so be sure to connect on her Instagram @saramalakul Twitter: @saramalakullane as it’s the best way to keep current with her projects and news.