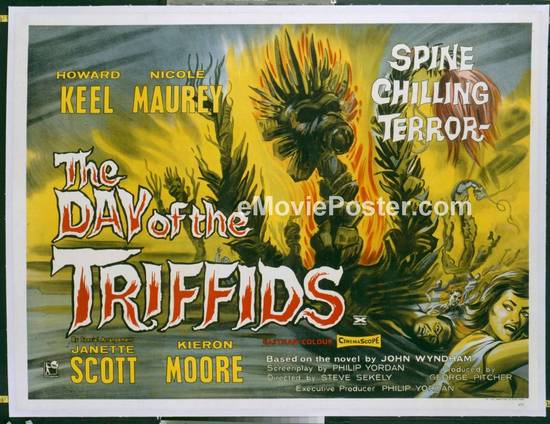 The notion of director Sam Raimi bringing his morbid sensibilities to John Wyndham’s classic novel The Day Of The Triffids sounds almost too wonderful to be true. So much so that, when it was announced back in 2010 that Raimi had purchased the film rights, we quickly filed it under a portion of our brain under the heading ‘will probably never happen’.

After around 18 months of silence, though, it seems that Raimi’s Triffids movie really is going ahead, with writer Neil Cross hired to get its script together. Cross, as you’re probably aware, is a novelist and screenwriter responsible for Luther, Spooks, and a recent adaptation of an MR James’ story, Whistle And I’ll Come To You.

At this early stage, it’s not yet clear who will direct; Raimi’s currently busy with Oz: The Great And Powerful, but there’s the outside chance that he may have time to turn his attention to Triffids next year. It would be great news if he did, because Wyndham’s novel hasn’t yet been given the adaptation it deserves; the 1962 movie was pure B-movie schlock, the 1981 TV version terrified the life out of me as a child, but hasn’t aged well, and the less said about the 2009 version, the better.

Although Triffids’ premise – killer plant invasion – may sound daft, there’s a truly nightmarish quality to Wyndham’s novel, and some sharply observed characterisation in there, too. Let’s hope that, even if Raimi’s involvement is as producer rather than director, he can shepherd a worthy Triffids adaptation to the big screen.