Succeeding in Hollywood is painstaking and grueling and Wishing for a Dream does an excellent job portraying a young couple trying to make it in the film industry.  The movie is about up and coming actress Mika Andrews (Sara Malakul Lane) and struggling filmmaker Louis Digman (Jared Cohn).
Wishing for a Dream has already been accepted at multiple festivals, including the Marbella film festival in Spain, where Sara has been nominated for best actress!

Cohn not only stars in the movie, but he’s also the writer and director. He does a superb job giving the audience a genuine feeling of Hollywood utilizing his directing expertise, settings and camera shots and it’s all put together by Editor Jessica Malumay.  The music provided by David Obaniyi accentuates the tone and has some good rock music.  These days Sara and Jared are both extremely busy with projects and Sara said the filming took over 40 days and anytime either had a free day from castings or meetings they would shoot. 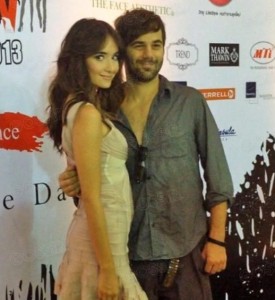 Wishing for a Dream emotionally was difficult at times for Sara and Jared as it was a reminder of when they were starting out in the business.  It was clearly evident that Sara was able to relive those difficult times because her actions and expressions were stellar performances.   “It was hard for me because it was like reliving some of the struggles I have had being in this industry and being in LA – the entire script was really a combination of both our experience, and stuff we are still experiencing today. So it was very real and because of that some days I really struggled, I didn’t want to shoot because it was too close to home, too close to what was really happening, which made the acting easier for sure, but a lot of the time I just wanted to escape not re live it. Even to this day it’s hard for both of us to watch the film because it’s so real and brings up so many emotions,” Sara shared.

Mika is highly stressed for many reasons including, rejection, nonstop auditions, body dysmorphic disorder, lack of food, too much exercise, and topped off with severe insomnia. Louis, a writer and director exhausts himself meeting with endless producers trying to find someone to make his script Dead Wolf.   The producers in the movie are actual producers including Richard Switzer of Switzer Entertainment Group, The Asylum’s President David Michael Latt, and Producer Gabriel Campisi who is a partner with Jared Cohn at Traplight Media, which is the production company for Wishing for a Dream.

Campisi shares what the movie represents, “Wishing for a Dream is an interesting movie in that it truly reflects a lot of the real world that takes place in Hollywood today, day in and day out.  For the most part, audiences only see the works and results of actors, directors or producers who attain success in this business, but rarely see the struggles they go through to get there.  There’s a lot of blood, sweat and tears that usually accompanies the quest to follow your dreams.  It’s not an easy road and this movie is all about that adventure.  This is not to say this is a documentary or reflective of any specific person or people we know, but certainly if you spend enough time in Hollywood, you’ll recognize most of our characters.” 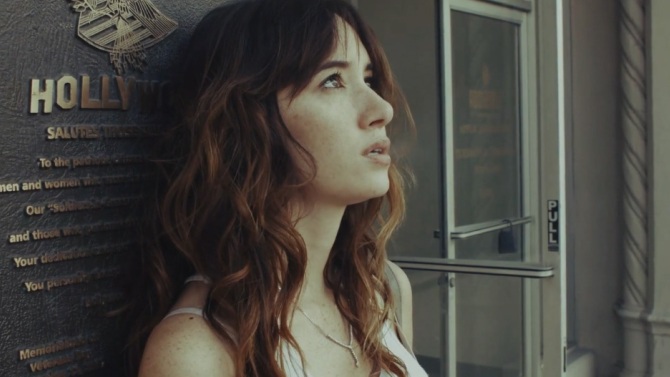 Throughout the movie, Mika and Louis tirelessly reassure each other that all their hard work, patience, and positive attitude will pay off soon. They endure depressing setbacks, but their devoted relationship carries them through all the heartbreak.  Both Sara and Jared’s performances draw you into their characters and their emotional roller coaster.  They play the roles of a couple in the film, but they also are a couple in real life and similar to the film they both support and rely on each other to continue their success, as Sara tells, “As a couple we have no issues working together, I admire Jared so much as a film maker and trust him – his work ethic and creativity is like no one I have ever met. It’s because of this that he keeps getting hired … It’s no surprise that he has made 3 movies this year and is about to start on his fourth. He truly is the modern day Dennis Hopper. 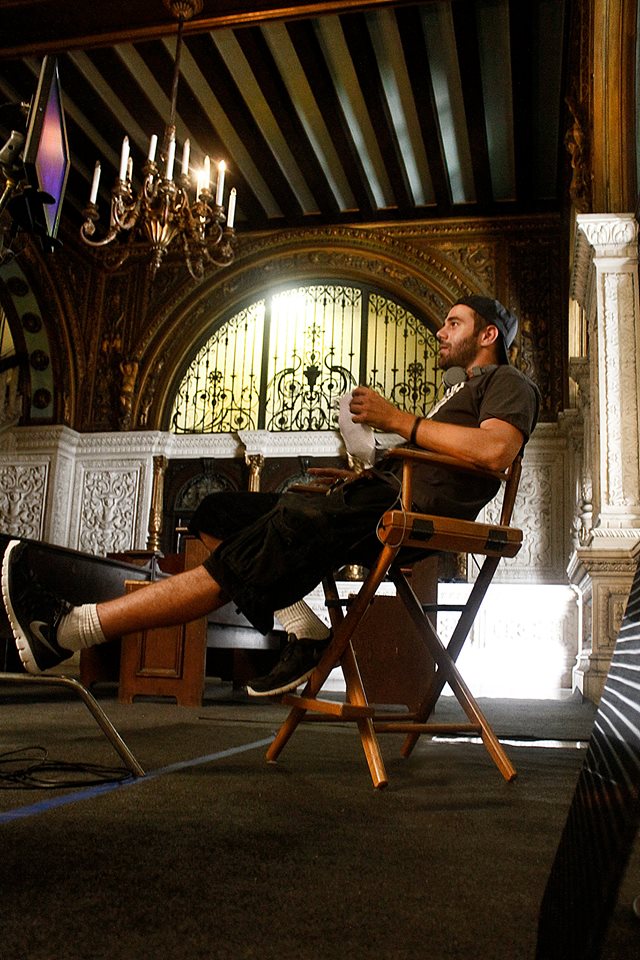 Sara continues, “Jared DP’d, wrote, directed and part edited this movie, he knows and understands every aspect of filmmaking and he is incredibly brave in his pursuits. This took a lot of courage for both of us because it meant that people were going to see the messy, unkempt side of our lives. The stuff we don’t want to post on Facebook (hahaha) and I did have a couple of panic attack about this because I am a pretty private person. But we both decided this was an important film, we wanted to make the anti “Entourage” to show people the journey of 99% of the people who move to LA and wish for a dream!” 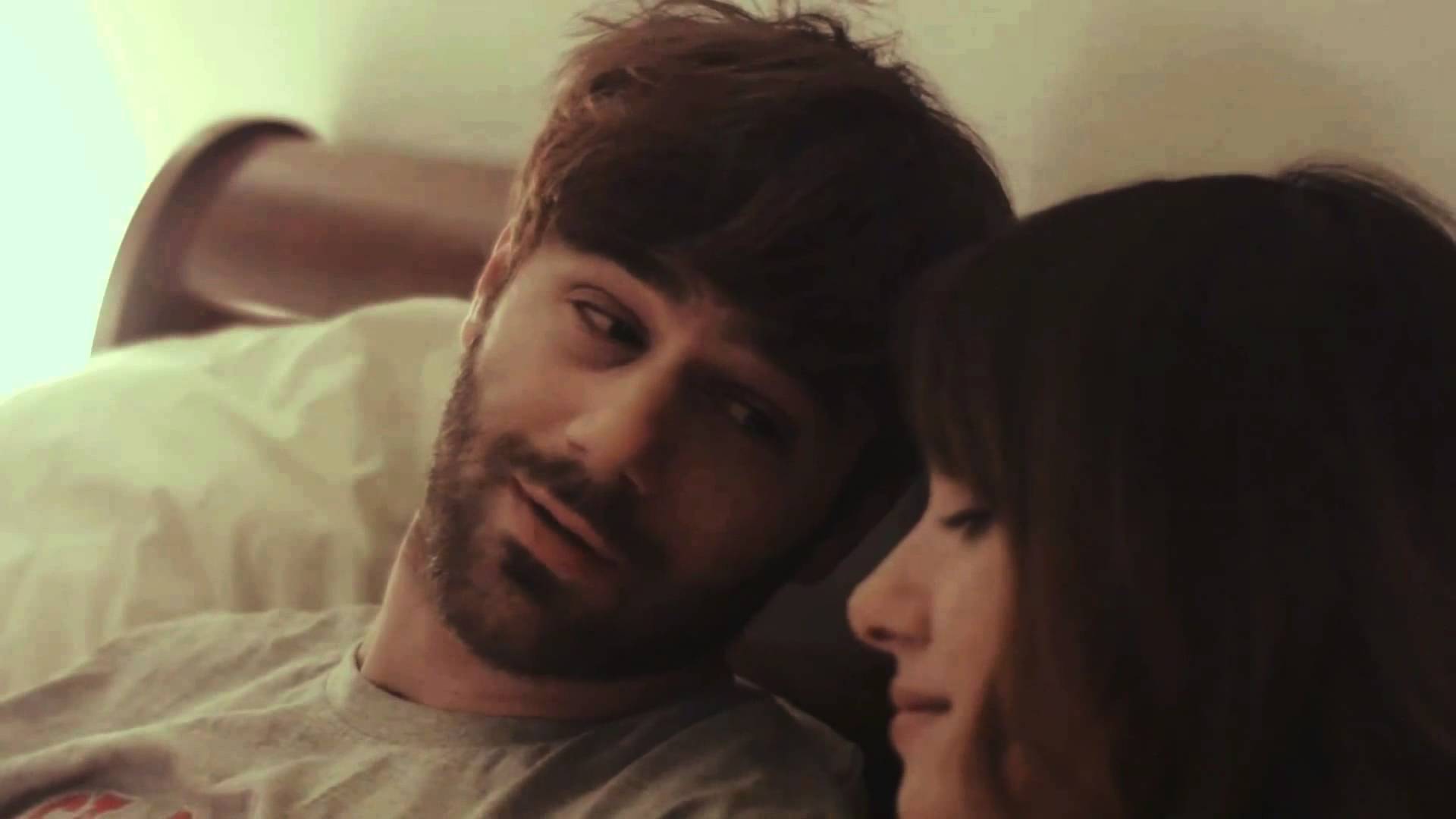 In the movie, Mika’s insomnia starts to get the best of her, she’s convinced by her friend Lily (Nicole Alexandra Shipley) that she needs to unwind and let go, with the aid of a substance. She finally gets an overdue long night of sleep and has a clear mind, minus the hangover.   Over time she becomes a little too dependent on her new illegal “sleep aid”.   Louis is cautious of Mika’s new habit, but understands her situation, so he monitors and cares for her during the phase and makes sure she stays focused on her goal to become a top actress.  All their dedication and persistence may finally pay off when there’s a slight change of events at the end, which potentially can lead to their big break.

Wishing for a Dream is a powerful making it in Hollywood movie that all couples can learn something from.  Be sure to watch the final credits too, because the footage shown are from actual movies that Malakul Lane has starred in and movies that Cohn wrote and directed.