With ten exciting episodes of Z Nation’s second season already aired, Friday’s episode is sure to entertain when Anthony Michael Hall guest stars as “Gideon,” the leader of a corporate retreat-turned-cult. In Corporate Retreat, the gang find themselves trapped in a hotel with another group of survivors in a high-stakes game of Clue.  The SYFY website has a sneak peek here: http://www.syfy.com/znation/videos/z-nation-sneak-peek-season-2-episode-11 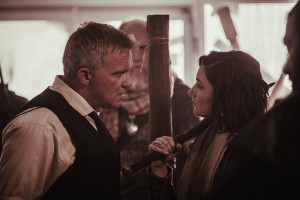 Tweet along with cast and creators this Friday 11/20 using #Znation at 10/9 central on the Syfy channel.

One of Z Nation’s producers, Jodi Binstock directed the Corporate Retreat episode.  Binstock has directed movies, TV series, and documentaries, this episode will be her first for the Z Nation series and considering her talents, the episode is guaranteed to be a great one. 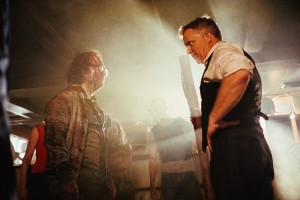 Corporate Retreat was written by Micho Rutare who also wrote the episodes Down the Mississippi, Zombie Road, White Light, and The Murphy.  He also was part of the writing team for The Asylum’s Bigfoot, Adopting Terror, Mega Shark vs. Crocosaurus, Meteor Apocalypse, and Dragonquest. 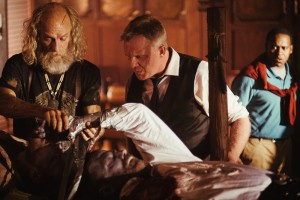