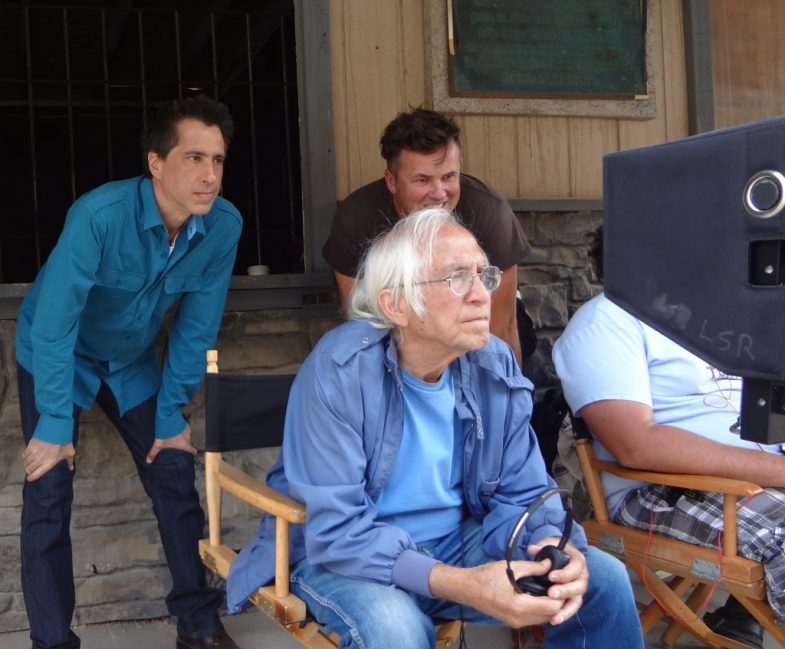 The 1978 I SPIT ON YOUR GRAVE burned chilling images and sounds into the minds of horror fans that still remain to this day. The story, Camille Keaton’s screams, the brutal tortures, and murders resulted in a controversial film that later ended up being regarded as one of the best horror films.  Audiences yet again will be treated to the same horror as Meir Zarchi directs I SPIT ON YOUR GRAVE: DEJA VU.  Will the sequel be as controversial? “That is yet to be seen,” said Producer Terry Zarchi.  Terry also is producing GROWING UP WITH I SPIT ON YOUR GRAVE and he shares more about the documentary, “I was inspired to make my documentary because I always had this fascinating story to tell about Meir Zarchi’s reason for making the original movie, the struggles he went through trying to get a distributor after he made the film, and the many years it took for his movie to be recognized as an important film in cinematic history. With ISOYG Deja Vu, the story takes you on a wild ride with quite a few surprises.  And with Camille Keaton and Meir Zarchi teaming up again after all these decades, that is enough to inspire anyone.”

I SPIT ON YOUR GRAVE: DEJA VU is the only sequel that shares characters as well as continuity with the original 1978 motion picture Day of the Woman, aka I Spit on Your Grave.

Following her brutal rape, Jennifer wrote a best-selling account of her ordeal and of the controversial trial in which she was accused of taking the law into her own hands and ruthlessly killing her assailants. In the small town where the rape and revenge took place, the relatives of the four rapists she killed are furious that the court declared her not guilty and resolve to take justice into their own hands.

The original I Spit on Your Grave was inspired by Meir Zarchi’s experience with a victim of rape. After stumbling upon a teenage girl in a park in the aftermath of a violent assault, Zarchi began to imagine how a woman in this situation might fantasize about revenge. Moreover, he wanted to depict to the audience the real horrors of rape.

In this new chapter, Jennifer Hills is joined by her daughter, Christy (Jamie Bernadette), as well as a variety of new characters, including Maria Olsen, who plays the role of Johnny’s wife, the gas station attendant Jennifer castrated; Jim Tavare in the role of Herman, whose son Matthew was hung by Jennifer; as well as by actors Jonathan Peacy, Jeremy Ferdman, Holgie Forrester, Roy Allen, and Alexandra Kenworthy. 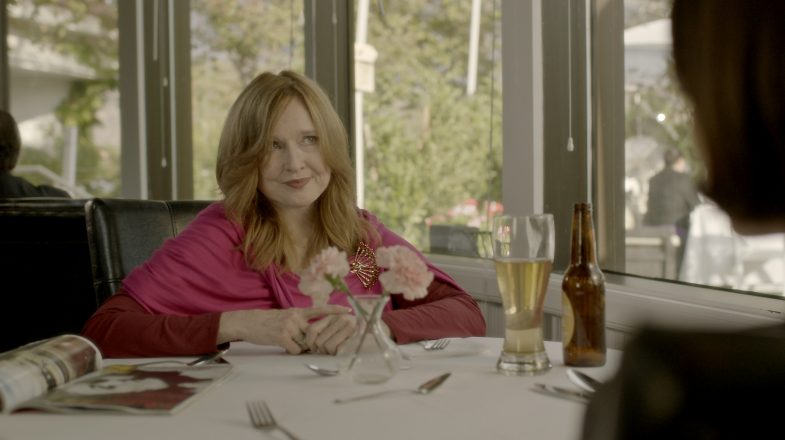 After I SPIT ON YOUR GRAVE, Keaton has starred in dozens off films and has several upcoming films including DEATH HOUSE, DEADLINES, and costarring with Lloyd Kaufman in NAKED ALIEN MASSACRE. Keaton shares that working with some old friends on I SPIT ON YOUR GRAVE: DÉJÀ VU and some new friends was a grand experience for her and did it bring back some old memories?  “Of course playing Jennifer again brought up all kinds of memories!” Keaton tells, “Running around with no shoes on is only one. Working with Meir was awesome and seeing Terry as AD brought a smile to my face. Working with other cast members was a great experience… Jamie my daughter, Maria was wonderful when not being the mean character she was playing. We had some laughs and lots of blood!” 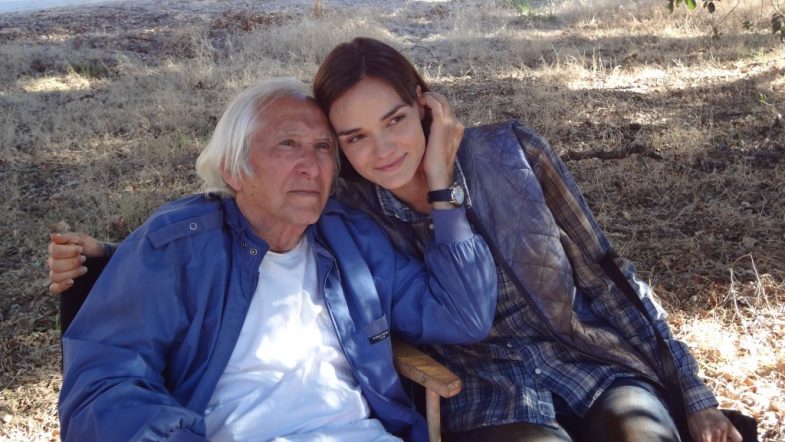 Playing Jennifer Hills’ daughter Christy Hills is the esteemed Jamie Bernadette.   Jamie’s familiarity experience in the horror genre made her the perfect fit to play the daughter of Jennifer Hills. Jamie tells about preparing for the role and costarring alongside Camille Keaton, “I had already seen the 1978 film “I Spit on Your Grave” long before I ever went in for my first audition and I had heard about it over and over in the film industry. People reference the film all the time.  A lot of film students are required to watch it in film school as part of their studies, so it seems everyone in the film industry knows about the film.  After I was cast, I watched the film a few more times and read articles and watched videos about the film for weeks.” 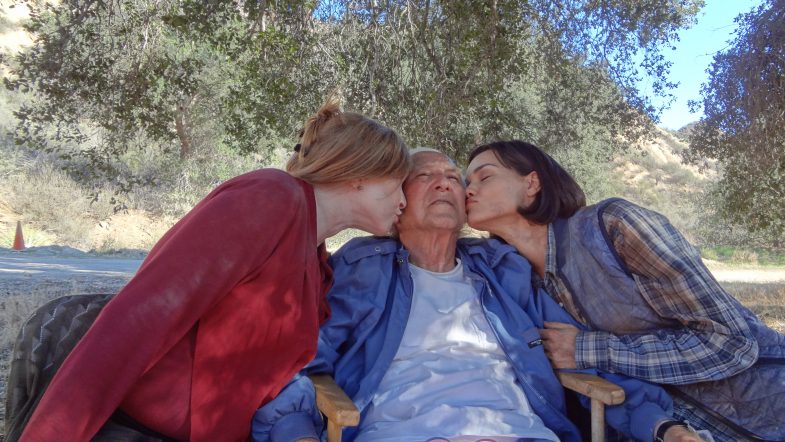 Jamie continues, “Playing the daughter of Jennifer Hills (Camille Keaton) was surreal because she is such an icon in horror history. Camille flew in to LA to do the film about a week prior to shooting, and the producers set us up to meet but she had come down with a slight cold and they didn’t want me to get sick before the shoot so we didn’t meet until my first day on set after she had recovered.  She wasn’t shooting that day, so she just came by to visit and that was the first time I met her.  She was very busy talking with everyone that day and I was filming so we spoke briefly.  It wasn’t until the next day on set, when we were both working in a very intense scene, that we bonded immediately.  I felt comfortable with her and felt like I had known her for years.  I cared about her also right away, the way that you care about someone who you have known for a long time.  The bond was immediate and we were so fortunate for that because we hadn’t had a chance to meet in person before the shoot.  Camille is a kind, humble, and gracious person who taught me a lot not only about Jennifer Hills and her tumultuous journey so that I could become her daughter on screen, but she also taught me a lot about life, just as a mother would.” 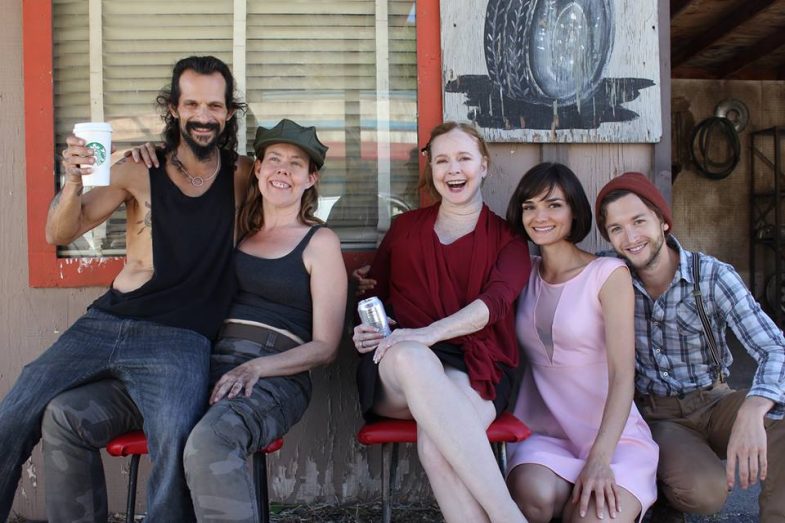 Also in the cast will be iconic actress Maria Olsen who is very well known in the horror genre. To bring the original director, writer, and star of the 1978 film back for the new movie was a great experience for Maria as she tells, “My role as Johnny’s wife, Becky, doesn’t exactly make me besties with Jennifer Hills! I, however, adore Camille Keaton, who is one of the sweetest, funniest and kindest actresses you’ll ever meet, and this set my little brain up for a whole lot of confusion as Maria wanted to be friends while Becky wanted to…well, that’s another story! Seriously, Camille is beyond awesome! She’s SUCH a lady, and she has a fearlessness and incredible physicality to her that sees her take on absolutely anything for a role. It was an honor being on set with her and sharing her – and Meir and Terry’s – memories about the original ISOYG. It was, indeed, an honor to be a part of this film!”

Tentatively I SPIT ON YOUR GRAVE: DEJA VU is set for a fall 2016 release. For updates and more information, frequently visit the films website ispitonyourgrave1978.com.

0 143
The Damaging Of the Movie Ecosystem