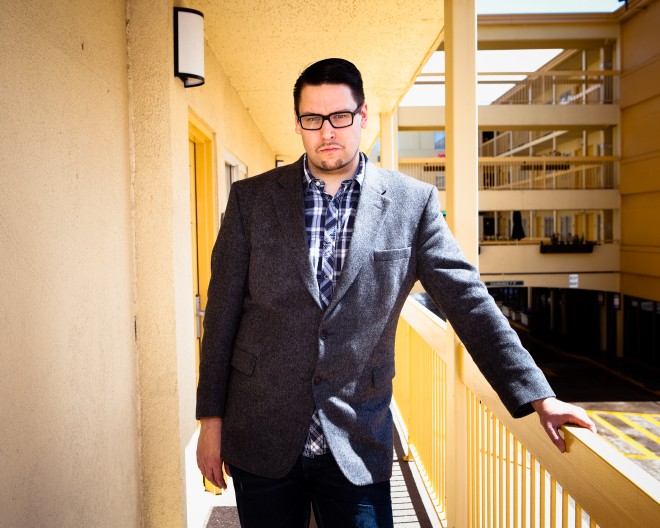 Iron Sky is a movie about moon Nazis. The hook is brilliant — they had us at “moon Nazis” — but given that outrageous premise, the resulting film could easily have wound up as B-movie nonsense. Surprisingly, Iron Sky succeeds as a wickedly fun adventure comedy.
SXSW 2012

Though made on a relatively small budget well outside the Hollywood system — the director, production team and visual effects crew are all Finnish, and the filmmakers gathered financing from Finland, Germany, Australia and from a web-based donor campaign — Iron Sky exhibits all the swagger and spectacle required to become a mainstream hit when it arrives in U.S theaters later this year.

“In Finland, nobody has done a film with so many special effects,” says Iron Sky director Timo Vuorensola, who estimates there were 890 effects shots in the film, roughly as many as in the last Transformers movie. “But our budget was about the same as the catering budget on the Transformers movie.”

It’s the latest in a string of inventive indie science fiction and fantasy films to come from the northernmost edge of Europe. Iron Sky saw its U.S. premiere here at the South by Southwest Film festival the same weekend as Thale, a thriller from Norway about a mythical species of murderous wood nymphs. These new films follow on the heels of André Øvredal’s Norwegian mockumentary The Troll Hunter, Jalmari Helander’s Rare Exports (a 2010 thriller about a demonic Santa Claus discovered in the Finnish mountains) and 2009′s Stig Larsson-penned Metropia, an animated sci-fi tale from Sweden about an oil-starved Europe’s descent into dystopia.

What’s going on up there — is it something in the glögg?

“Right now, the region is one of the most robust places for cool films,” says Tim League, an expert on genre films and the founder of Austin’s Alamo Drafthouse Cinema chain, which hosts the annual Fantastic Fest and regularly screens indie films.

“Since we’ve been supporting genre film from the region, we’ve built a great relationship with Norwegian Film Institute,” he says. “Traditionally, they’ve dealt with more high-minded films, but they’ve definitely seen the potential in genre film in the last few years.”

League says these horror, sci-fi and dark fantasy films are mostly coming from a new generation of Scandinavian directors, all relatively young men in the same age bracket. The movie that kick-started the trend: a 2006 horror flick from Norway called Cold Prey. “What we’re seeing is an extension of that,” League says.

These films are all made on small budgets. Cold Prey cost roughly $2 million, and Thale cost less than half that. Iron Sky is a much more ambitious picture, with loads of grandiose effects, but even this sci-fi romp cost a remarkably small 7.5 million Euro (around $11 million) to make. (About 10 percent of that was raised through an internet-based donor program and merchandise sales.)

Jim Kolmar, a film programmer for South by Southwest, thinks there’s definitely something bubbling up in Nordic cinema. In fact, it’s been brewing since Häxan (English title: Witchcraft Through The Ages), a 1922 Swedish/Danish documentary that plays like a horror film.

“It isn’t an entirely new thing,” he said. “There’s always been a strong tradition for dark fantasy in the region, going all the way back to Carl Dryer’s Vampyr, Ingmar Bergman’s The Seventh Seal. We’re just starting to really notice this genre of films that are all working through these certain fantasy themes.”

Like Troll Hunter and Thale, the moon Nazi movie takes an element of European consciousness and spins it into something fantastically original. In Iron Sky’s goofball alternative history, the Nazis have fled to the dark side of the moon, escaping in secret at the end of World War II. There, they’ve set up a swastika-shaped moon base and busied themselves building a fleet of war machines: flying saucers, giant zeppelin aircraft carriers and a comically massive warship. In 2018, they decide to re-invade the Earth, where the U.S. president (played by Stephanie Paul) looks an awful lot like Sarah Palin.