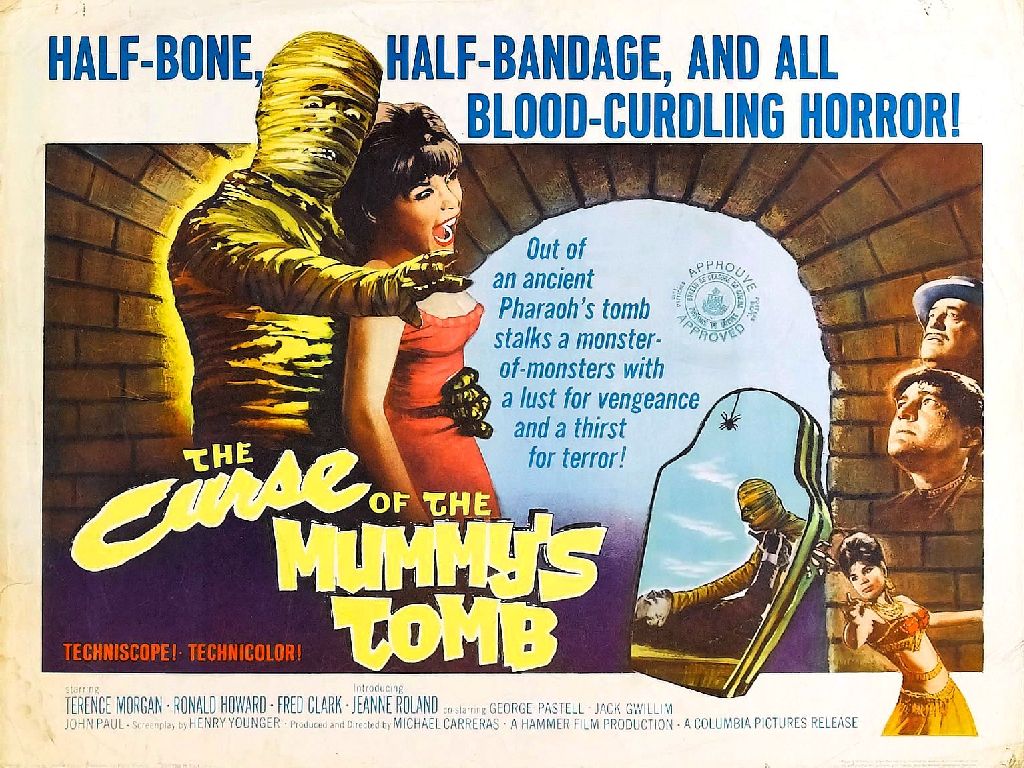 On an Egyptian expedition, a group of British explorers stumble across the hidden tomb of the pharaoh Ra (yes, I know, quite original). But once they bring him back to England for exhibition, they find the tomb to be empty. Did someone steal this priceless specimen or is the curse real, with a lumbering corpse walking the streets of London ready to kill those who disturbed his rest? Has a good mummy film been made in thirty years? I can’t think of a recent one, “The Mummy” with Brendan Fraser really isn’t all that great. The 90s were not mummy-friendly. The 80s? Not so much. Vampires, zombies… no problem. Even werewolves get the occasional bone tossed to them (“Dog Soldiers”). Where are the mummies? I don’t know. But I do know you can find one seriously cool mummy in this film.

The actual mummy doesn’t appear until the third act, with about twenty minutes left. We are instead treated to the conflicts, deceptions and internal politics of these competing archaeologists. And, believe it or not, this works. A good plot is unraveled with interesting characters… Hammer Studios didn’t use the usual cast (sorry, Lee and Cushing) but gave us others that are equally capable. A romance blossoms that pays off later on in the film.

Mummy films are interesting, or at least this one is, if thought of as a moral tale about invading and desecrating a foreign culture. Sure, we can talk of a curse that kills those who disturb a mummy’s rest. But how often do Egyptians dig up their own kings? It’s more often… the Brits. So, there’s something of a moral suggesting the Brits, a dominant empire, shouldn’t be meddling in the affairs of weaker nations, stealing their heritage for monetary gain. Would the Brits want Egyptians digging up William the Conqueror? (Then again, maybe they would.) Things take a bizarre turn later on that you’ll have to see to believe. One of the archaeologists is not who he says he is. And yes, you really ought to see this film. I watched it courtesy of the Icons of Horror box set featuring four classic Hammer films, and I can now say that all four are worth watching, and even owning. Hammer knew horror, and some of their gems at the time make today’s horror look silly in comparison. Until a better mummy film comes along (and I’ve been waiting decades) this is the one to see.