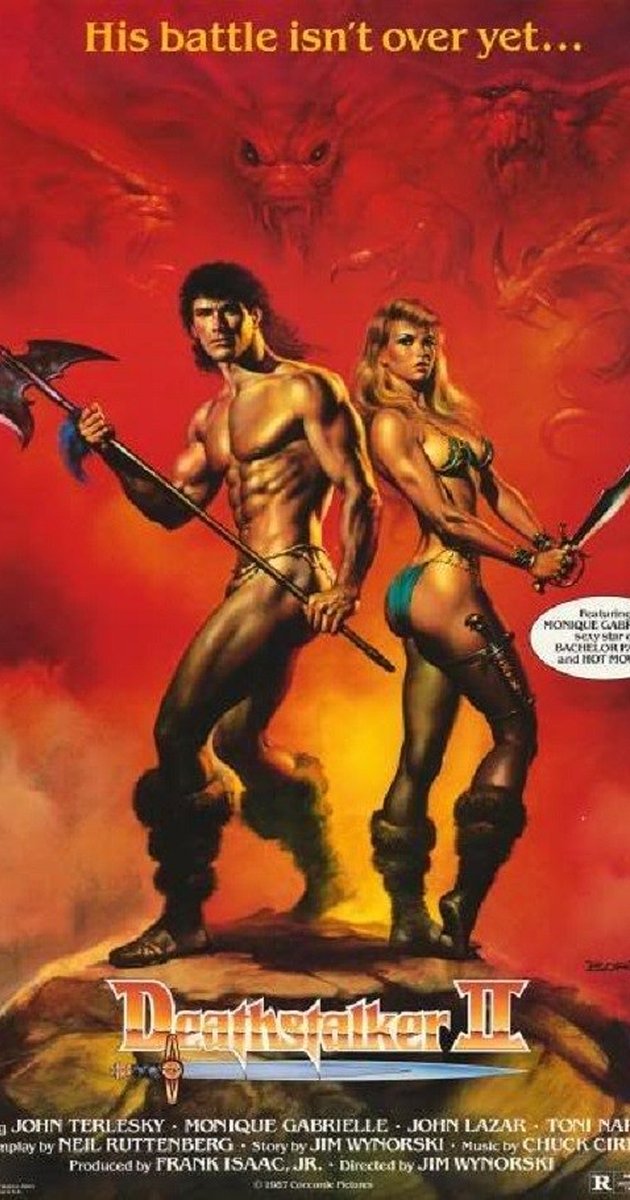 Yeah, this is a sequel with nothing to do with the first one, and yeah, it’s no Conan, but it doesn’t try to be. Just remember who the writer/director is (the esteemed Jim Wynorski), take your mind off the hook, and go with it!

The premise (soldier of fortune helps a princess in disguise regain the throne)is classic, but it’s all told with such a goofy tone that comparison with a more serious film is, well, goofy.

If you have the DVD edition with the director’s commentary, you’ll see where Wynorski was going when he made the film. The script is full of in-jokes from other movies in the genre, jokes from television, and more than enough one liners to fill a dozen old Bob Hope movies. You also get John LaZar (from Beyond the Valley Of The Dolls) as the evil sorcerer, Monique Gabrielle (of a zillion b-movies) as the damsel in distress, and Toni Naples in black leather as Sultana, who swings a mean sword.

Add to that a gazillion extras (all masked so they can be used over and over in other scenes), lots of wooden swords painted silver, a fight to the death with Queen Kong (featuring Amazon ring girls holding up the round number painted on cardboard). Yep friends and neighbors, this one leaves no cliché unheard. Do I recommend it? Wholeheartedly. Genre fans won’t be disappointed.