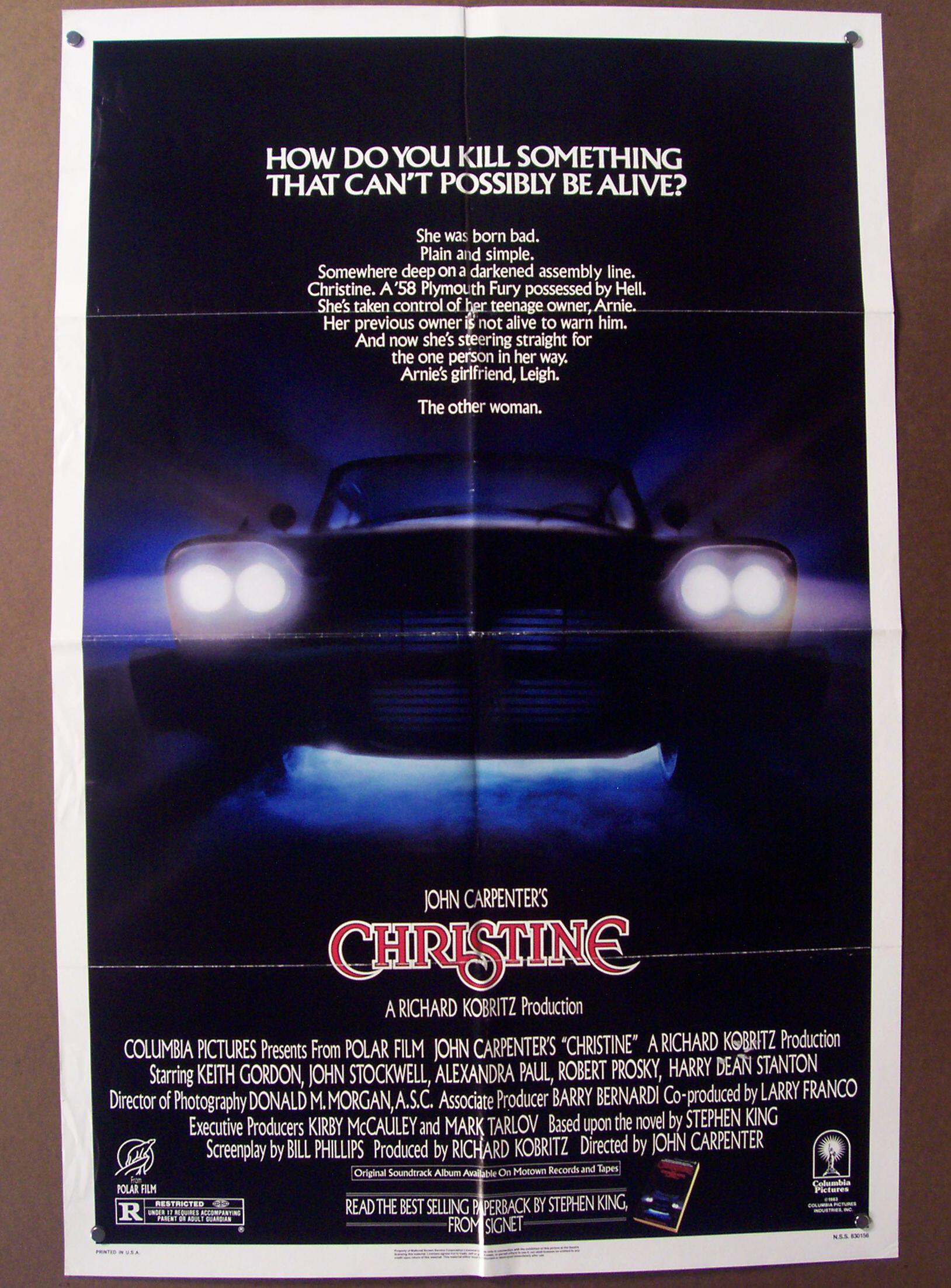 Remember when you were young and movies where your only friend? Well such is a case in point when it comes to John Carpenter’s “Christine” Now as a rule, and a longstanding one at that, I could never read a Stephen King novel but i could always find time to watch an adaptation of the same, if and when it either came to video as was the thing before the wonders of DVD or if it arrived at the local cinema.

My personal highlights from the Stephen King Oeuvre are “Silver Bullet” if only to see the likes of Gary Busey and Everitt McGill ham it up beyond the call of duty. Stanley Kubrick’s version of “The Shining” complete with a knockout performance from the maestro of barnstorming himself Mr Jack Nicholson, as we already know there have been so many translations from page to screen of everything and anything the king of horror writing has penned some good, some not so good.

However, when it comes to “Christine” it was pitch perfect in every way, shape and form. Directed by John Carpenter, who has been hit and miss down through the years. A wonderful array of golden oldie classics playing throughout the movie itself, a truly wonderful script written by Bill Phillips, containing many a gem which still lingers in the mind even to this day.