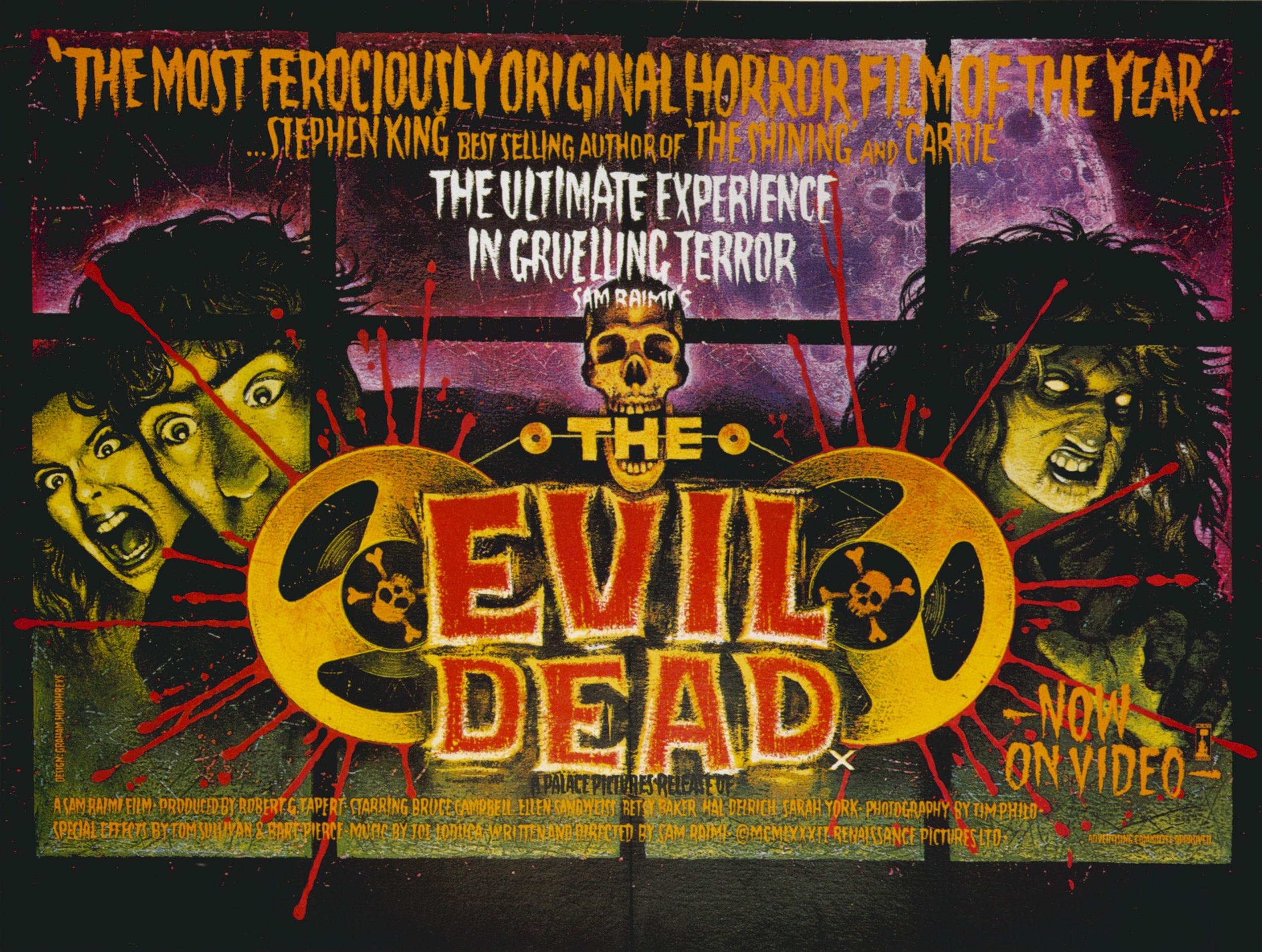 There is ONE feeling that everyone should have towards this movie…RESPECT ! Mostly respect regarding the achievement of Sam Raimi. This guy was 21 years old when he made this film and that’s impressive to say the least. I’m around that age at the moment and I sure as hell haven’t pulled it off yet…I strongly doubt I ever will, actually. No, when you’re able to come up with such an original and dared idea for a horror film, you belong to the greatest minds in the film industry. Sam Raimi did it and his further career only confirmed his status of being a genius with every single movie he directed afterwards. Tons of respect towards Bruce Campbell as well. Sure his performance in this movie is far from great, but at the time, he did it because of his friendship with Sam Raimi. And because The Evil Dead became a big hit, his career was launched too and he certainly grew as an actor. Bruce Campbell is now in the favorite actor-list of many B-movie fans…And I’m one of them.

Then there’s Tom Sullivan…responsible for the make-up. What a fine job he did. The Evil Dead gave a whole new meaning to the word “gore” and we have this man to thank for that. Most nowadays horror films still can’t live up to the standard of Evil Dead…not even close.

The plot of this film is as simple as can be…but it works. Five friends drive to a small cabin in the woods to spend a small vacation. They find a tape recorder with a message…Out of curiosity, they play it and pure evil is rised in the woods. One by one, they become possessed and turn into horrible demons who try to kill those who’re still alive…That’s it !!! And that’s all there is needed to create a fun and very original horror movie. The same story already came out in 1978 as a short film called “Within the Woods”. It was meant to fund money for this film and it’s great B-movie fun as well. If you’re a big fan of The Evil Dead trilogy, it’s certainly worth searching for.

Anno 2003, Sam Raimi has grown out to one of Hollywood’s favorite directors. He became immortal in the eyes of the big budget audience with his movie Spiderman. The sequel of that one is in production while I write this. I’m sure it will be as decent as the first Spiderman was, but I’d still prefer to see Evil Dead 4 coming from the brain of Sam Raimi.

A fun trivia element to finish this review with : If you’re watching the end credits of the Evil Dead, you’ll see Joel Coen is credited as Assistent Editor. Coen now is a famous director as well and may be considered as the best director alive. Back in 1981, he and Sam Raimi were close friends and even shared a studio when they were in collage. Joel Coen made his debut in 1984 with Blood Simple. One of the best cult movies ever made…