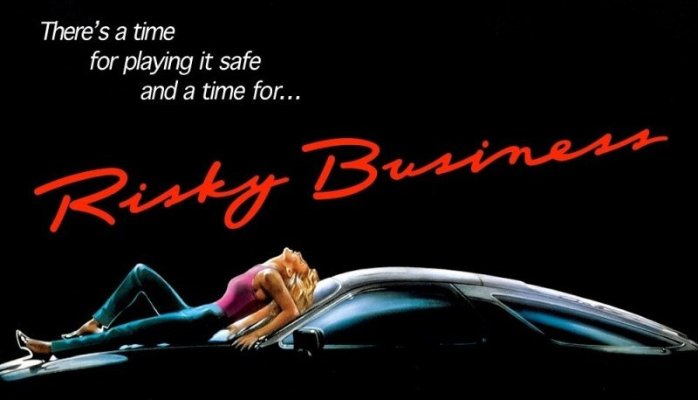 Now when I was a young boy, at the age of five
My mother said I was, gonna be the greatest man alive But now I’m a man, way past 21
I had lot’s of fun I’m a man

The early 1980’s saw the start of the battle for America’s soul. With the election of Ronald Reagan, the great and powerful communicator, the Nation saw the newly unencumbered power elite traipse over the nation in a frenzied dance, celebrating the official end of the New Deal.

It was at that moment did the light of the American Dream begin to flicker. The former cinematic gery of strong men, men of action began to fade. New stars arose, stars whose profit and loss statements anointed them with virility, class and poise. The Winchester and Colt toting action stars melted away. Names like Wozniak, Trump, Jobs, Ellison were refereed to reverently and in hushed tones…. John Wayne fell away and Bill Gates became our new standard bearers of an ideal American Maleness. Previous exalted virtues, like temperance, moderation, and self sufficiency faded away,

Paul Brickman is a Highland Park, Illinois born screenwriter. His filmed work prior to 1983 was the sequel “Bad News Bears: Breaking Training” and “Citizen’s Band”. An interesting footnote that is the most poignant vision of teenage struggles both came from the mind of Suburban Chicago writers, the other being John Hughes. Sadly not much of his vision has made it onto the big screen.

The story of Risky Business is a morality tale. The film weaves a tale of the transcendence of a high school senior, played well by a still unknown Tom Cruise, who one night as a result of angst soaked suburban desperation turns his vacationing parents home into a cat house in the well moneyed suburbs of Chicago. He is the process he extracts trust fund checks and Savings Bonds from ever too willing libido riddled young males. Risky Business is set in the jumbled times of the early 80’s, Joel Goodson is a confused high school senior who is desperately trying to get himself on a path that will validate himself in the eyes of his distant platitude spouting parents. His friends are all driven, not by goals, aspirations or values…but purely by money. The always great silver throated Curtis Armstrong plays his loud, all knowing high school philosopher king Miles who proceeds to goad Joel along the road, away from the path of innocence towards a bright new shining moral corruption. A modern day Mephistopheles, Miles places Joel on his road to Gomorrah.

Miles: Sometimes you gotta say “What the Fuck”, make your move. Joel, every now and then, saying “What the Fuck”, brings freedom. Freedom brings opportunity, opportunity makes your future. So your parents are going out of town. You got the place all to yourself.
Joel Goodson: Yeah.
Miles: What the fuck.

Many critics upon the release of Risky Business, saw the film as a exceedingly well crafted visual teenage sex romp. It wasn’t. What the film is and was, is the re-telling of a socially significant paradigm shift that descended upon American with the onslaught of Reaganism.. Today Risky Business is remembered primarily as a very sexy comedy, but in reality it shares more in common with American Graffiti or The Graduate than to many ribald Cannon releases of the 1980’s. The Holy Trinity of WASP culture, Power, Money and Sex has never been more accurately or achingly portrayed. It is an unrivaled Mid West yarn of a young man making Faustian choices.

With beautiful smoky, hazy cinematography and a seductive soundtrack by the 80’s soundtrack masters Tangerine Dream the film is a feast for both sight and sound.Garnishing an already wonderful soundtrack are tracks contributed by Phil Collins, Jeff Beck, The Talking Heads and the late great Muddy Waters. On a pure entertainment level the film is an exceedingly well structured cinematic delight.

Joel struggles with a fantasy life that is constantly being bombarded with white bread guilt and angst. In the opening scene of the film Joel attempts to join a comely mystery girl in the shower only to suddenly arrive at his college board exams just as they are ending. The other descent into a dream results with a romp with a babysitter which is rudely interrupted by the arrival of the police, his parents and her bellowing father. He struggles to discard the conflict within him but he can’t. He is a tortured and tormented soul attempting to pick a path. In his quest he reaches out through an ad for an evening of adventure, an adventure which surprisingly comes equipped with an Adam’s apple. t

In a moment culled from the Book Of Genesis, the trans-gendered escort gracefully accepts Joel’s shock and summary rejection in an act worthy of the serpent in the garden of Eden, provides Joel with the number. This number will connect him according to the escort with what he wants, “what all white boys living on the North Shore want.”

Lana arrives with a gust of wind and his life is changed forever.

Lana is a runaway forced into life of prostitution. Unlike Julia Roberts, whose hooker mantle is a thing of shame, Lana as played flawlessly by Rebecca DeMornay , as a Reagan Republican with all the bells and whistles. “It was great the way her mind worked ,”Joel narrates .”No guilt, no doubts, no fear. None of my specialties. Just the shameless pursuit of immediate material gratification. What a capitalist!” Lana quickly denudes Joel out of his virginity and wakes him from his blanket of his suburban stupor .

Risky Business at its heart is a story story of the loss of innocence. Lana has an encyclopedic knowledge of the expensive materialist bric a brac which adorns a moderately wealthy life. There is throughout the film a constant addition, an assessment of wealth. Calculators and tape roll festoon the screen. Its all about sex and money, but like in all things in modern America in the end…..it’s all about the money.

In a pivotal sequence, Joel and Lana, accompanied by the now not as bold Miles are being chased from by Guido, the killer pimp played by Joe Pantoliano. Mile blurts out.

Miles: I don’t believe this! I’ve got a trig midterm tomorrow, and I’m being chased by Guido the killer pimp.

With the management and marketing prowess provided by Joel, Lana and her hooker friends proceed over the course of a night to separate his friends from the bulks of their horded young Israeli Savings bonds, Confirmation gifts, the contents of birthday cards sent by dotinf grandmothers. The vortex evens seduces an Ivy League recruiter in allowing Joel entry in Princeton . In the end everyone and everything gets seduced.

It was Brickman’s original intention to have the film have a somber ending. Joel does not get into Princeton and is relegated to the University of Illinois, Lana continues to be trapped in a life of solicitation. The last shot of the film according to the director’s vision was Lana, opening up honestly and cradling herself against Joel. A narration rises;

My name is Joel Goodson. I deal in human fulfillment.
I grossed over $8000 in one night. The time of your life, huh, kid?

Joel has come over to the Dark Side. Instead in typical Hollywood fashion the studio shot two versions, 1. Brickman’s vision and 2. A treacly conclusion which was a candy coated confection. Needless top say 2. won out.

“I was just thinking,” Lana proposes while having dinner with Joel at an upscale Chicago restaurant, “Where we might be 10 years from now.” Joel: “You know what,I think we’re both going to make it big.”.

Tom Cruise has never been able to transcend Joel Goodson, Rebecca DeMornay peaked very quickly and then nothing and director Brickman went on to direct one more film the acclaimed “Men Don’t Leave”.

As recently stated in an interview Brickman simply puts it “This was the Reagan years, it was all about money,”

Time of your life eh kid…….unfortunately…it is still all about the money….