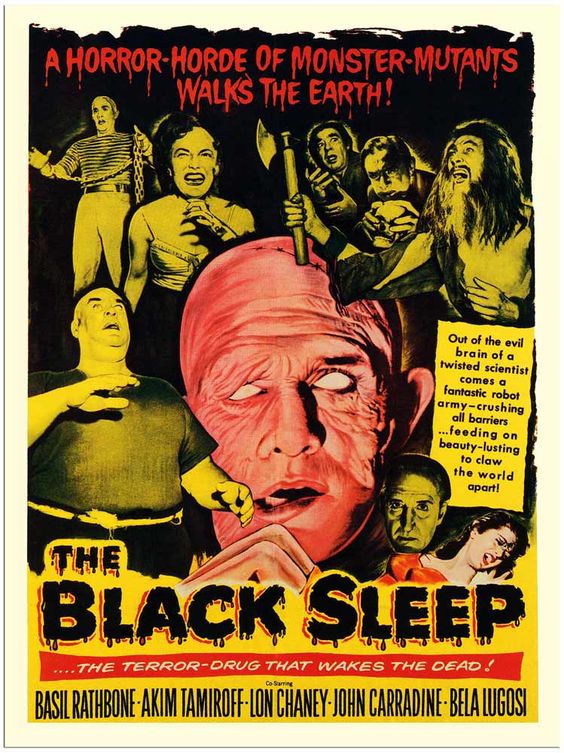 Most ratings of this film give it a one star or bomb rating, however, “The Black Sleep” is not as bad as some would have you believe. Mind you it’s not a great film, but in fact is an adequate programmer that compares favorably with any thing turned out by Universal or Monogram in the 40s.

Basically, it’s a mad scientist film with Basil Rathbone emoting as usual, in the lead role. But then old Basil was always way over the top. Herbert Rudley is the nominal hero – the good scientist who is rescued from the gallows by Rathbone.

In the supporting cast are many seasoned veterans. Akim Tamiroff is good as the procurer of Rathbone’s “subjects”. Playing various mutants are Lon Chaney Jr., John Carradine (in yet another over the top performance) and poor old Bela Lugosi.

Lugosi nearing the end of his life looks sick, tired and underweight. Chaney is totally wasted. Had the producers beefed up his part, “The Black Sleep could have been a much better picture. They could have combined his role with that of the Rudley character, for example.

Given all of its limitations, “The Black Sleep” is good way to pass an hour and twenty minutes if you don’t expect too much going in.