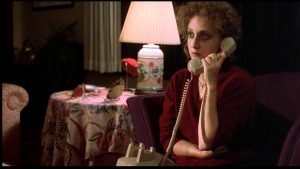 In a recent Hollywood Reporter, Faith Popcorn ,that out there forecaster of the future, was quoted as saying

“Movie theaters are dying. As consumers hide out in their at-home binge-cocoons, devouring entire seasons of HBO and Netflix programming, theater owners will partner with hotels to create binge retreats. These will be fab private dens you can rent for a few hours or days to binge-watch whatever you like. It’ll be all about decadence: Food will be catered and gourmet. Mixologists, masseuses and manicurists will be on-call. People will be unplugging from home and work, and plugging in to entertainment, fantasy and luxury. “

The problem is that like much of what this Criswell of the 21st century predicts, this statement is elitist, inaccurate, and Ms. Popcorn betrays a lack of understanding of the basic cinema going experience . The problem is that most of the large theatre chains, Regal, AMC, Cinemark are swallowing this line of horns-waggle and are traipsing aimlessly on the wings of hedge funds towards this bloated, capricious and irresponsible vision of movie going. They are dead wrong and they threaten the very existence of movie going with this approach.

Their goal ladies and gentlemen is to create giant living rooms where you watch movies, at a per capita viewing cost of $60 smackers. It is at best ludicrous.

During my voyage as a movie goer I have been lucky to watch films with 1200 of my closest friends in cathedrals of the golden age of movies theatre. Sacred places, that brought solemnity and a sense of awe to the film going experience. A place where the common man could project his dreams, hopes and fears.

The Grand Theatre was a former Vaudeville house that had been split into two, a lower floor containing 800 seats and a balcony containing 600 seats which had been converted into another house. In was in this theatre that I had both my greatest viewing experiences;

“When A Stranger Calls” directed by Fred Walton, starts with interaction of a babysitter and the caller,we learn that the caller is calling from the upstairs bedroom inside the house. The babysitter gets away and the killer is caught. Years later the killer escapes and the babysitter (now living a happy life) is now a fully grown woman. One night the killer comes back to stalk her,and then she’s in more danger than before.

Released in 1979, in a time where “Halloween” played in theaters a year earlier, and shortly after gave way to the (mostly dreadful) 1980s slasher flicks, this picture is like a jewel of a nightmare film. In the breathtaking prologue (20 minutes), Carol Kane is riveting as a baby sitter beset by alarming telephone calls. We’re terrified with her through the entire ordeal, the director Fred Walton using shadows, creepy music, sound effects for unbearable tension.

I saw this is a packed house of 600 plus movie goers all intent on having a great time. The feedback and the collective fright created by the audience made this film reach a level of creepiness that I had never experienced before. It was exhilarating.

I of course bought the film later on DVD and was surprised that I had a different experience than when I watched it in the theatre. The power of collective viewing alongside a willing and eager audience turned out to be the greatest special effect. This is something Hollywood has completely forgotten.
The film exhibition industry is staking its future on chicken fingers, cheese quesadillas , fancy smancy alcoholic concoctions and ostentation. It’s doomed to fail. Consumers with briefly flirt with going to the cinema but on exiting will calculate the cost of this evening out. Okay $120 bucks, well I can buy a decent Lazy-Boy for $350, the price of 4K screens are falling rapidly ($1400 for a 55 inch)….and heck I can make quesadillas at home….why do I need these clowns.

As more overstuffed chairs are dragged into auditoriums, viewership will decline. Less people will come and a tradition of movie-going with whither. Movie studios really don’t care. The bean counters that now run Hollywood will rub their hands at what they think is the prospect of a one to one relationship with the consumer. Unfortunately, they will forget that they, by removing the theatrical window, will have massively devalued their product It will be disheartening for when the latest episode of “Keeping Up With The Kardashians” ends have more viewers that the latest “Star Wars”. Only then will they realize the depth of their folly.

Movie-going has always been at its best a collective experience. To achieve that experience it has to be at all times accessible and affordable. We have to abandon with Hollywood Tent pole model and begin to ask for variety of product. The studios have to implement a firmer 180 day window for theatrical exhibition. The theatrical exhibition industry must admit given the advances in home entertainment technology that the multiplex is out-moded and ill fated.

The biggest issue that Hollywood has right now, both in the production and exhibition end comes to essentially a lack of understanding of both showmanship and of leadership.

In 1968, The Amazing Criswell published the following;

“I predict that Kansas will become the most important state in the United States, due to the moving of the Federal capital from Washington, D.C., to Wichita. The broad plains and prairies will be a roof above multi-story government buildings, constructed wholly underground. The largest airports in the world will be constructed in Kansas to serve the needs of the new capital of the United States.“

I think Ms..Popcorn’s statement has similar validity as Criswell’s.

It is time to make movies more accessible again, it is time to remind ourselves of the power of the collective experience.