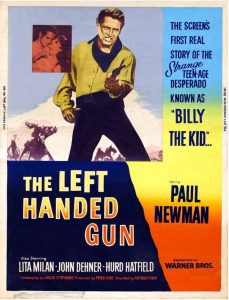 This is truly a kung fu classic. This film appears to have influenced martial arts films for decades. The Spanish guitar background music, the competing schools, the impossibly high leaps onto the edges of rooftops, catching thrown spears, cheating in tournaments, the secret training for an exotic karate technique, themes of patience and perseverance, and more were copied by many later films such as “The Karate Kid” (1984), “Hero” (2002), “Kill Bill Volume 2” (2004), and “Kung Fu Hustle” (2004).

I feel lucky to have first seen this film in 1972, shortly after it was released, just before kung fu films became mainstream and before Bruce Lee became a household name. I saw it with two buddies of mine in a downtown San Diego theater frequented by sailors, and although the scenes of the glowing red hands and gouged eyeballs got some laughs, clearly the audience was getting into it, as was our little group. It was a very memorable movie for me. Decades later I could still recall several specific scenes, even after I had forgotten the film title. This film is extra special to me now because one of those two buddies with whom I first saw it (sailor Kenneth Lee Hines of the Kitty Hawk) has since passed away, so this film serves as a memento of that day together before we took judo and karate lessons in subsequent years.

Relative to kung fu films, I’d rate this film as 10/10. But since I have to keep the larger film audience in mind, I’ll more objectively rate it as 8/10, due to obvious technical flaws. I just recommend that neophyte viewers consider those technical flaws to be proof of its vintage nature and of its authenticity, and then merrily proceed to enjoy its testosterone-charged mayhem.