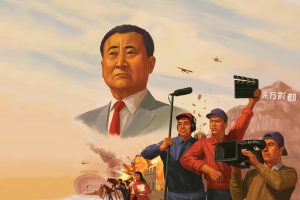 You can’t please everyone so you gotta please yourself.
Ricky Nelson

My grandmother was an exceedingly smart woman, she taught me a lot of thing but always drilled down on one particular true, To Thine Self Be True, said by Polonius in Shakespeare’s Hamlet. Hollywood has seen this summer seen many tried and true franchises collapse this summer. The summer’s domestic ticket sales have so far sunk 9% from last year, leaving studio executives and industry insiders wondering what has gone wrong. I have a few ideas.

Warner Bros. Prayed that “King Arthur: Legend of the Sword,” a Guy Ritchie helmed epic, would launch a new action series, but the movie was greeted with horrible reviews and bland ticket sales. “The Mummy,” the first launching of Universal’s Dark Universe of monsters and fantastical creatures,so far has grossed a bland $76.5 million domestically. What happened to The Pirates Of The Caribbean is beyond sad.
.
For most of it’s history, Hollywood derived most of its money from ticket sales within the United States but in recent years, overseas markets, particularly China and Russia, have become increasingly important.

According to recent figures from those wonderful folks, the Motion Picture Association of America (MPAA) almost 70 per cent of the studios’ annual revenue from box office now comes from international markets This in global box office is bringing about fundamental change in Hollywood and in my way of think is opening up market opportunity and at the same throttling growth of the major studios,.

From the 1950s through the 1970s, Hollywood earned about 30% of its money overseas. That percentage began to climb in the 1980s and today the average studio production earns well over 50% of its revenue abroad. That number is expected to grow over time, with some industry figures predicting the foreign share of box office earnings could rise to 80% within the next twenty years. This means that Hollywood is becoming an export industry, making movies primarily for people who live outside the US.

In fact, the Hollywood studio staple has for a while been the big budget extravaganza that will sell overseas. Content has been shaped accordingly. To the dismay of some moviegoers, little effort is being made to deliver sophisticated storytelling with these international blockbusters.

Although China imposes a quota on the number of US films that can be shown in its cinemas, Hollywood has been busy adapting to the needs of the Chinese moviegoer. The problem is that is the process they are increasingly ignoring the the American Movie goer. Everyday there are financial news stories of a Chinese based company buying a piece of Hollywood. Last week Cinedigm was acquired by Bison Capital. It should be noted that while Hollywood enjoyed a larger market share, predictably it is now declining in the Chinese market due to government interference. There was a perception thst Hollywood would have equal access to the world’s largest market. It is now evident that the move was just to open the doors of Hollywood and the Chinese are in the process of buying out the store, while denying market share for American product.

In February 2016, Chinese audiences broke the weekly box-office record by purchasing $557 million in tickets; in 2015, in China, an average of 22 new movie theaters opened every day.

For many in the world, Hollywood is America and America is Hollywood. It represents not only the glamour of American movie stars, but also the “soft power” by which America has been able to influence the world economy and culture. The economic transformations of the past twenty years, however, are changing media landscapes in America and around the world. Perhaps nothing indicates these changes as much as the growing ties between Asian and American film industries ties which are leading to the Asianization of Hollywood.

As a growing economic superpower, China aims to expand its film empire across the Pacific. Pouring in large amounts of capital, the Chinese government and local corporations are working to develop their soft power through media production, which they hope will gradually establish a media empire that can challenge the Western-dominated film industry.

It does not intend to share the market with an American outlook it intents simply to take the place of America in global media and dominate in the same manner that the US did, the global movie market. Hollywood always chasing the buck, is taking the boat hook line and sinker.

The Chinese will not allow uncontrolled access to their markets. Hollywood has deluded itself into diluting its content to meet the needs of a perceived expanding market but has largely forgot the market that for years provided them stability. They have opened the door for Chinese domination of American media. An invasion is occurring and no one is crying foul.

What is evident to me is that few people are making movies for American people. There exists a pure market , locally skewed and local produced feature films intended primarily to US based audiences. This is a huge vacuum that needs to be filled and filled soon. The servicing of this market will not come from Asian influenced media giants…it will come from independent theatres and independent producers. Hollywood has forgotten where it’s been, does not know where it is and sure as heck does not know where it’s going….So how well did Great Wall do?

It is time for America to take back it’s movies.