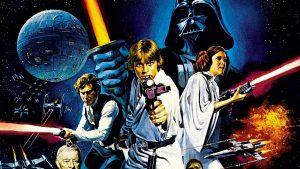 Earlier this week I received a call from a Drive-in operator from the Mid West. This operator was helping a group of local high school students start up a small single screen theatre and wanted some input. As our conversation progressed it was obvious to me that I was engaged with an intelligent and committed showman. He discussed his business with deep pride and described some truly innovative programming ideas he put into place. This man knew his community, he knew his audience and he knew how to sell his product to that community. As the conversation wound down he made a statement that haunted me all week, he said “Those people on the coasts do not understand us”. He was right and again it re-enforced my opinion that Hollywood has no idea what market it is serving. The major exhibitors have the same disease. This Drive-in showman and others like him as the best solution for an ailing industry.

When Andrew Breitbart launched his website breitbart.com he often provide analysis of the state of the motion picture industry. No matter what was was the perception of his politics, his analysis was always very good. Now, former White House chief strategist Steve Bannon and present executive editor at breitbart.com is taking aim on what he calls what he calls “bankrupt” Hollywood , Bannon stated that that Hollywood is “blowing itself up” in the wake of sexual assault and harassment allegations against producer Harvey Weinstein. “These are the same people who disingenuously seized the moral high ground as they attacked our president based on a standard they do not live by,” Bannon said.

My intention is never to taken a partisan position within this weekly column, my intent is not to ever take a side except the side of the independent exhibitor and for me the sacred tradition of movie-going. What concerns me is that theatres are going to find themselves in the cross fire within the heated up culture wars are being fueled across this country. What worries me deeply is that we have had culture wars between conservative and progressive thinkers for the past 35 plus years. It is a battle that had give and take and usually ended up in a stalemate. Now the culture wars are about to spill over the media and this includes the movie theatres.

Steve Bannon has declared war on a Hollywood that many feel does not offer America much. Over the next while they will attached Hollywood to profound moral abuse (see Harvey Weinstein) to political bigotry and to collusion with the Chinese. It is going to be a bumpy ride and unfortunately the movies are one of the most visible targets. Imagine if all the supporters of the current administration in Washington decided to boycott the movies, what impact would it have. In rural and second and tier markets it would be devastating, in urban markets it would have a more than a significant impact. Scoffers at that likelihood will have soon forgotten their history

During the 1920’s and 30’s many Catholic groups had been asking for censorship in Hollywood. The National Council of Catholic Men protested the sexual material in movies and the irreverent view they had of the institution of the family. The Catholic Daughters of America took protests a step further and actually condemned and boycotted all Hollywood movies altogether. A group called Ave Maria asked all Catholics to boycott films deemed to contain inappropriate material. The belief grew that Hollywood was altogether corrupt and had no respect for anything but making money, and that filmmakers did nothing but show immorality in order to put on a cheap show.

Dennis Dougherty was named Philadelphia’s first cardinal in 1921. From his pulpit he waged war on Hollywood, deemed movies as filth, and told Philadelphia Catholics to boycott them. They did. The results were predictable. Movie revenues plummeted, and the studios, which had ignored or undermined the moral guidelines agreed , caved in and accepted control over their product/. The newly empowered Production Code Administration, vigorously personified by Catholic layman Joseph I. Breen, . For the next 20 years Breen would exercise total power over the moral standards of Hollywood and, because of Hollywood’s impact, America as a whole. MGM’s Louis B Mayer at one time thought it would be prudent to convert to Catholicism in order to gain favor from the Church. Now to be even handed, Cardinal Dougherty insisted the church had to become color-blind and facilitated the integration of Catholic parishes.

There is indeed a culture war being fought. One of the by-products of this culture war is the rise of the faith based film. Some movies have enjoyed popularity and income in recent years using shoestring budgets and strategically targeted faith eccentric marketing. They have worn their faith on their sleeves and it has paid off in spades. From Fireproof with Kirk Cameron to the the runaway success of God’s Not Dead as well as the sequel God Is Not Dead 2. Another faith based picture Sony’s Heaven Is For Real surpassed God is Not Dead numbers, almost taking overtaking Captain America in its second week of release.

There is a strong perception among many that Hollywood as a whole is committed to destroying the intrinsic values within America. I personally think that the damage they are doing has more to do with ineptitude and simple greed than it was to do with any master plan. Steve Bannon is touting phrases like “phony culture brokers” and he goes on. “Hollywood isn’t a new battlefront for Breitbart, it’s the original battle,”in an interview with the Hollywood Reporter.”The fact it’s blowing itself up isn’t a new stage in the culture war, it’s an inevitable one.”

“They’ve ignored half the country’s values for far too long and now these Hollywood elitists’ values are publicly on display, and bankrupt,” Bannon says. “These are the same people who disingenuously seized the moral high ground as they attacked our president based on a standard they do not live by,” Bannon says. “Americans took their country back not only from the permanent political class but also from these phony culture brokers who have waged war against their way of life for decades. Make no mistake, we didn’t start this war, but how Hollywood responds from here will determine whether or not it survives.”

Putting aside the fact that Steve Bannon made a lot of money by consulting to financial institutions who invested in Hollywood, the fact remains that he has a large audience and that audience goes to the movies, who goes to the movies much more than other demographics. The bottom line like the Drive-in the Mid West, I feel l that Hollywood does not understand the majority of its audience and even more frustrating does not seem to wish to understand them. There is a fog of arrogance that has descended over Hollywood that will play into the hands of those that want to use it as fodder in the heated up Culture War.

You have to diversify the content you play, ween your theatre off of solely being dependent on Hollywood. The Culture War will soon heat up to a profound level, and ground zero for this war is your theatre.